College students ask the CEO of Cybozu for advice on choosing the right career path. 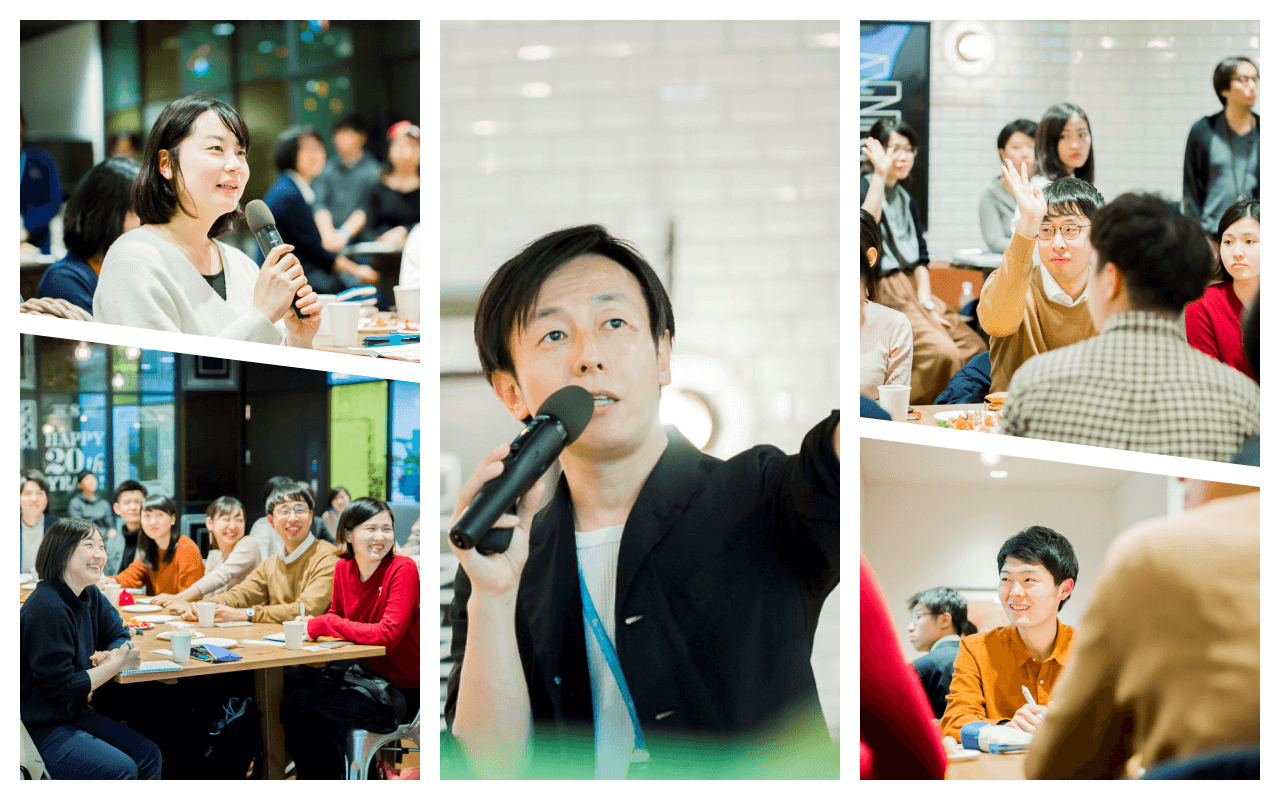 In an era where large companies are no longer necessarily a job hunter's safest bet, how do newcomers to the workforce go about finding a good company to work for? Is it actually possible for new graduates to tell if the company they're interested in is trustworthy?

Back in March of 2018, Cybozu CEO Yoshihisa Aono hosted a students-only meetup session at the company's headquarters in downtown Tokyo. The goal was to address concerns about finding a job and starting work. Here, we've selected some of the highlights of that discussion.

First, come up with a set of standards

What are the important things to keep in mind when choosing a company? And how do I know if a company is worth trusting?

It's different for everyone. In fact, you have to keep in mind that the criteria by which you judge a company are bound to vary from person to person.

Just imitating others by thinking "My friend is using these standards, so I should too" won't ensure that you'll find a job that suits you. Quite the opposite, you'll probably end up losing sight of your own values. That's why the first thing you should do is come up with your own set of standards. 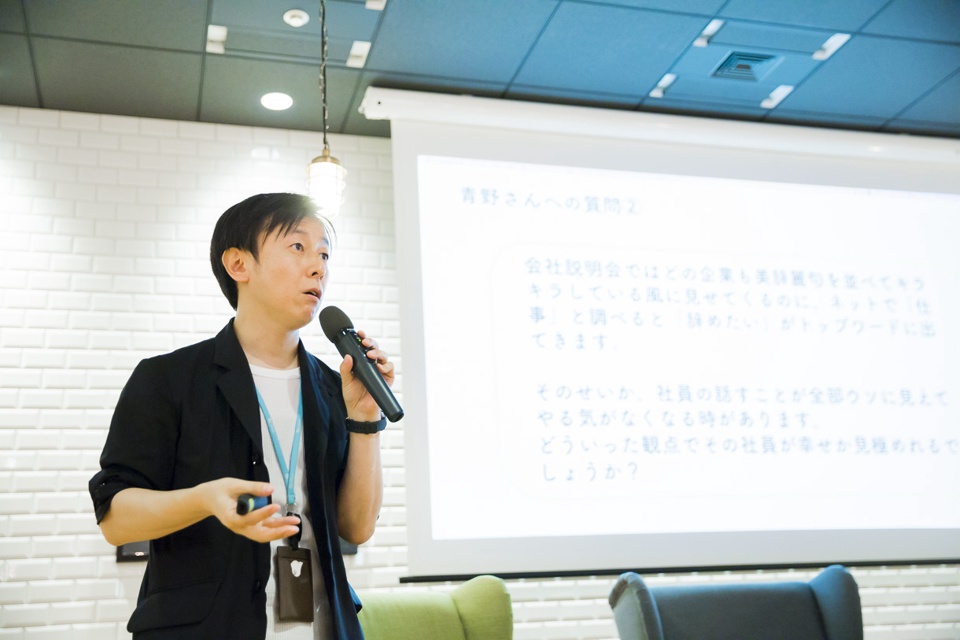 Yoshihisa Aono was born in 1971. After graduating from the Information Systems Engineering Division of the School of Engineering of Osaka University, he joined Matsushima Denkou (currently Panasonic). In August 1997 he co-founded Cybozu, and in April 2005 he was appointed CEO. Yoshihisa spearheaded the company's workstyle reform, as well as its transition toward cloud-based products in 2011. He is the author of several books on teamwork and happiness at work.

Here at Cybozu, we noticed students that don't have such standards tend to fail spectacularly. That's because a person who isn't able to have a clear view of what they want from their work isn't going to get anything out it.

If you think "I work because I want to get X," whatever that may be, then you can reach your targets and aspirations. Conversely, knowing if the work you're choosing can bring you where you want to go is just as important.

We've been receiving a lot of questions from Twitter in real time. A lot of people are wondering: How should we go about finding our own criteria for job hunting?

For a young person in their 20s, it's hard to have a clear answer. However, I'd encourage you to just give it a try and start by determining what you are good at doing.

For instance, there's a bestselling book by Tom Rath called Strengthsfinder 2.0. If you take the test in the book, it'll give you a better idea of your own strengths. Understanding how you are different from other people is a key component in determining who you are as a person. 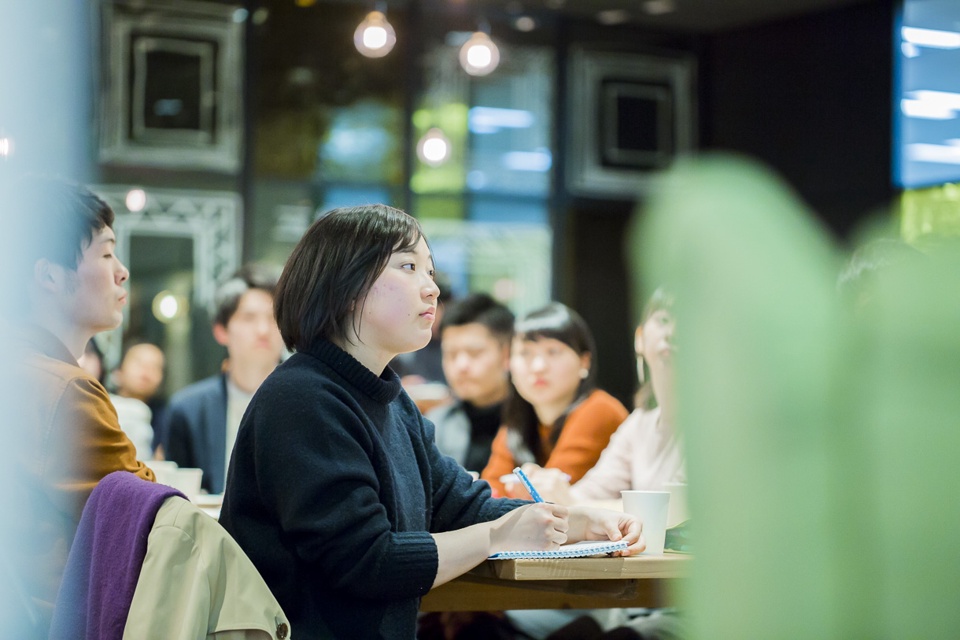 On top of that, you can also look to which criteria you used in the past to make the decisions you now think were good.

However, bear in mind that people, including myself, are always changing based on new experiences. That's why understanding your own standards isn't just something you do when looking for your first job, but something you have to keep on revisiting throughout your life.

Trust in people, not companies

Yuka
Let's go back to the second question from earlier: How do I know if a company is worth trusting?

Here I'd just respond with: Are you really going to trust a company?

Let's say you trust my company; Cybozu isn't something tangible. In that sense, a company isn't something that really exists. If you're going to trust someone, let it be a manager, an employee&#8212basically, a human.

This is a topic I've been wanting to talk about more, so I recently published a book. It's not yet available in English, but if you are interested, the Japanese version is available here. 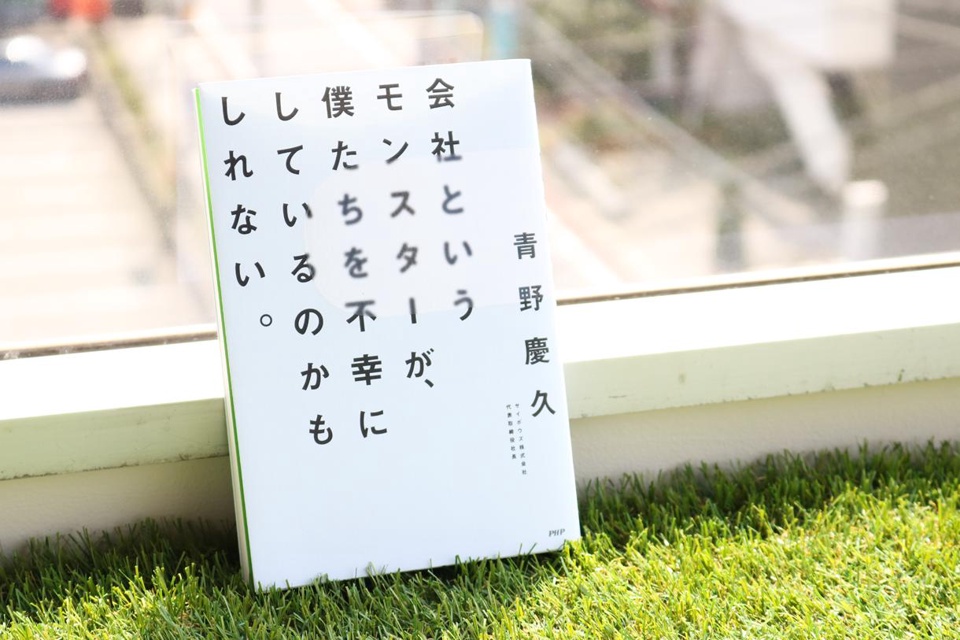