Discussing the influence of technology on corporate culture can feel like being plunged into a murky soup of corporate buzzwords. Agility, information-sharing, transparency, autonomy&#8212catchy terminology has become ubiquitous in thought leadership circles. We obviously want more of each of these things, but are often unsure of what achieving them would truly entail.

Beyond their superficial appeal, each of these terms carries implications on the way we use technology to work together. To stay afloat in an increasingly competitive global market, companies need to understand and embrace new technology. In turn, optimal use of technology has implications on organizational structure and company culture.

To make sense of the relationship between technology and corporate culture, Cybozu CEO Yoshihisa Aono sat down to interview Stewart Butterfield, the co-founder and CEO of Slack Technologies, Inc. They discussed the benefits of open communication, the major organizational changes that transparency is bringing to companies, and the upcoming changes we can expect as technology continues to disrupt our working lives.

Yoshihisa: I would be curious to hear about why you decided to found Slack. What was your vision?

Stewart: We actually started the company to do something completely different. It was originally a game company. We had developed a system for internal communication that we loved.

Along the way, we decided we would stop working on the game, and that Slack could be a great product on its own. We knew Slack would be very useful for small teams and software developers like us. We never imagined how broadly it would develop.

Yoshihisa: How did you know Slack would have such broad appeal?

Stewart: Fundamentally, Slack is about moving messages out of individual inboxes and into channels which are shared within an organization.

The result is a lot more transparency. People can see what their colleagues are working on across the entire organization. It becomes possible to join a project, or even a company, along the way and still have access to its whole history. 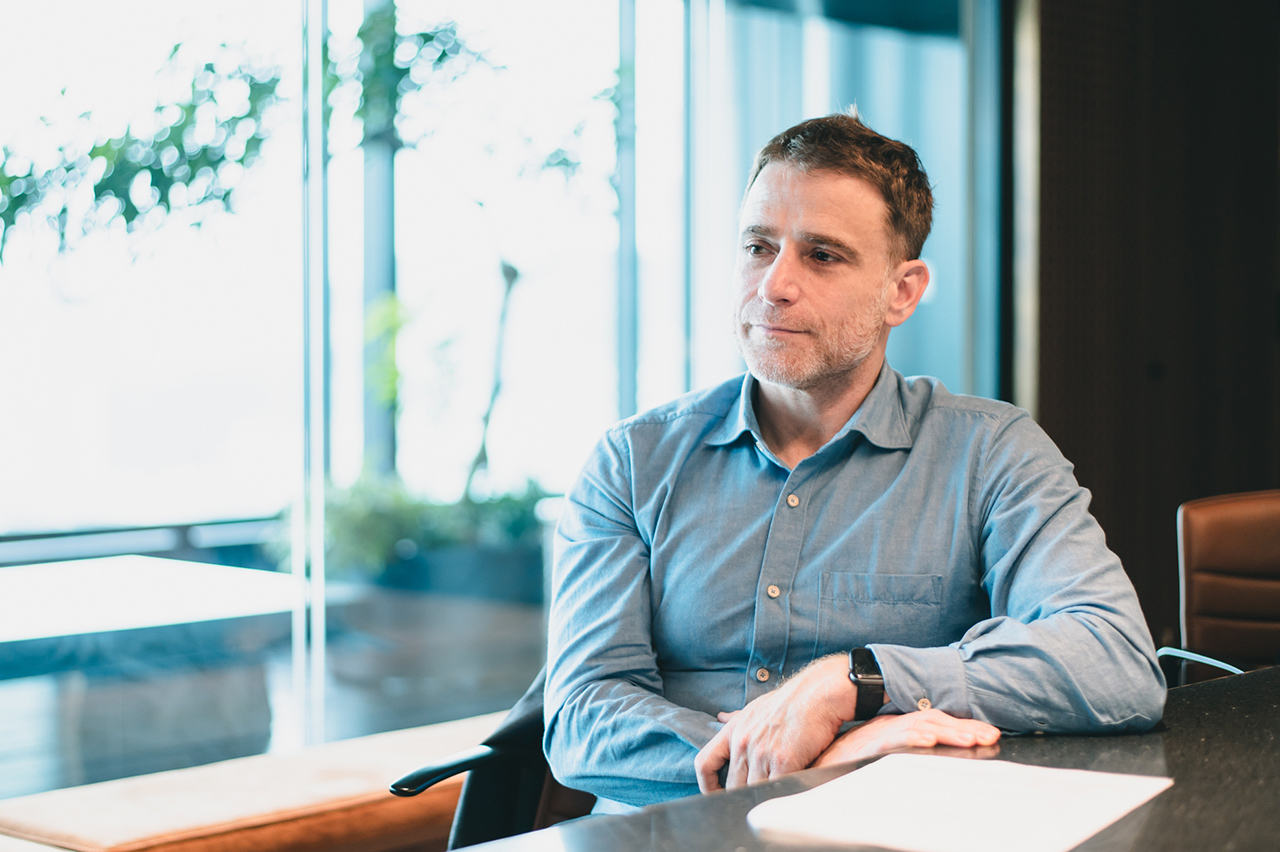 Stewart Butterfield pioneered a new way of sharing information online when in 2003 he co-founded Flickr and built the company into one of the largest web services in the world. His success streak continued when in 2014, he co-founded the wildly successful Slack Technologies, Inc., of which he is currently the CEO.

Stewart was named as one of the 100 Most Influential People in the World by Time Magazine, one of the Top 50 Leaders by BusinessWeek and the Technology Innovator of the Year by the Wall Street Journal, among many similar honors. He has a bachelor's in philosophy from the University of Victoria and an master's in philosophy from the University of Cambridge.

Yoshihisa: Moving from email, which is essentially a closed communications system, to Slack, an open system, has done a lot to increase transparency within organizations. What would you say are the benefits of increased transparency?

Stewart: Transparency and alignment are two sides of the same coin. If people don't have access to the same information, it's very difficult for them to work together. If our goal is to coordinate our actions around shared objectives, we need to share information.

Maintaining alignment over a period of time allows organizations to accomplish more and develop agility. This is something larger companies struggle with. We would love to see large companies develop the same level of agility as smaller ones.