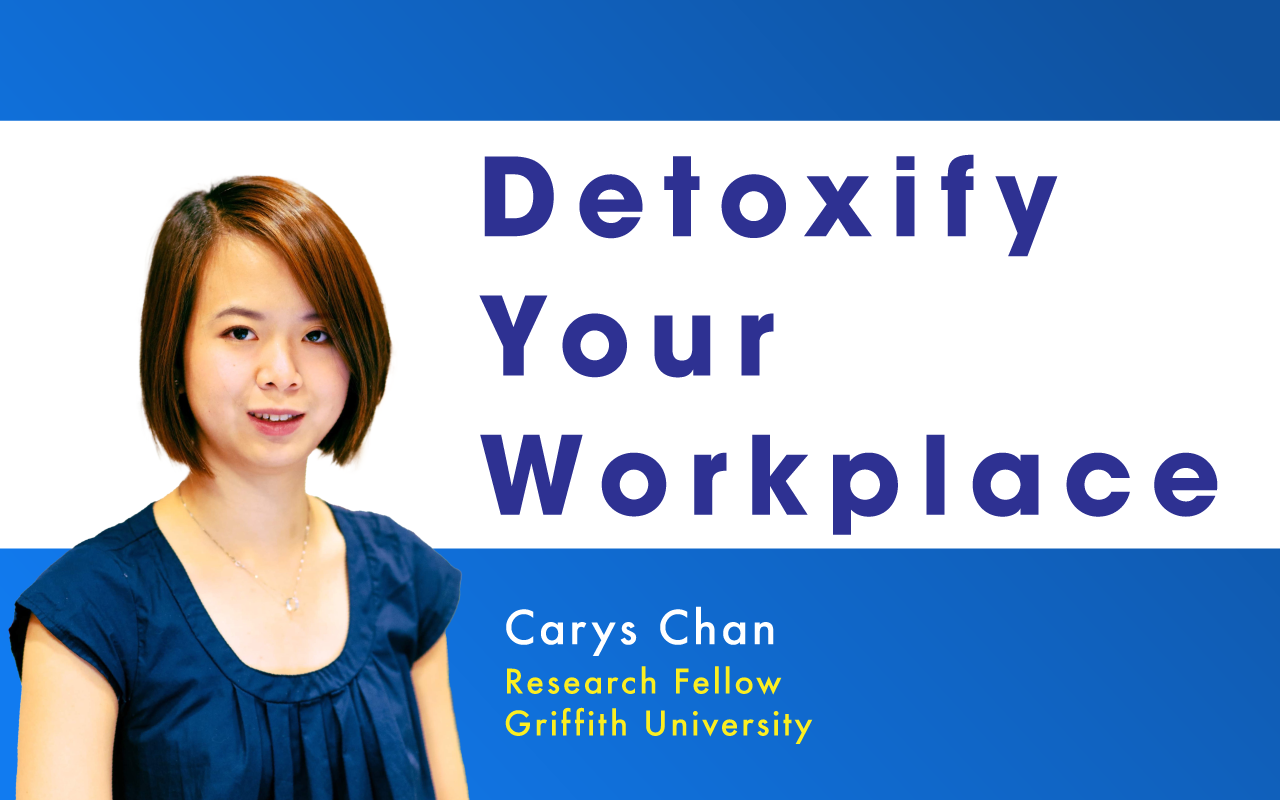 Our relationship with our jobs is often framed by employers as being up to the employee. If we work hard and push ourselves, we get rewarded. If we sacrifice our personal lives for our company, our company will be grateful. If we come in positive and enthusiastic, we can spread positivity and enthusiasm around us.

But things aren't so simple. Every relationship goes both ways, and the expectations our company places on our backs can't be shrugged off with a positive attitude. I wanted to understand how the corporate environment can influence our physical and mental health. In particular I was curious about a specific common work environment; the kind with long hours and extreme competition, often referred to as a hyper-masculine work culture.

I reached out to Dr. Carys Chan, a research fellow at Griffith University and specialist in workplace relations and work/life balance. Together we discussed what a hyper-masculine work culture is, why it's toxic, and the alternative toward which we should strive.

Alex: For starters, how do you know when a work environment is toxic?

The foremost symptom of a toxic workplace would be one that has high turnover, when a lot of people start leaving the organization over a short period of time.

Other negative signs to look out for are behavioral, like gossiping and backstabbing, talking bad about people behind their backs or stealing credit. These are the more overt symptoms. You can also have less obvious signs, like a lack of trust, poor collaboration, or an unwillingness to speak up about the company's problems or issues.

Last but not least, you can also gauge the quality of your work environment by doing an employee engagement survey. If people are not enthusiastic about their jobs, don't feel very motivated, then there could be something wrong with the environment.

Alex: A lot of the behavioral signs sound like they could also be individual issues. When it comes to things like low motivation or not speaking up, how do you know when it's an environmental problem rather than a personal one?

Carys: It can be hard to tell. Generally speaking, if it's only happening to one or two people, then perhaps the employee is not a good fit for the organization. In toxic workplaces, you sometimes have your best employees, or a majority of your employees feeling unmotivated.

Where it gets difficult is that it's not enough to just tell people they have to speak up. You could have a lot of people who are dissatisfied, but only a few who are visibly underperforming, and nobody coming forward to raise issues.

Here in Australia, we have a lot of training targeted at managers and leaders in order to encourage a more positive and open work culture. A starting point is body language: Some managers encourage people to speak up, but then have a negative body language if people actually bring up any issues.

Usually the first step will be to change management's behavior, then start to change the system through formal and informal channels. Once leaders get better at being receptive and solving issues, then those examples can be used as evidence to encourage more people to come forward with their problems. If you're able to implement these positive behavioral patterns, it should become more obvious which issues are environmental, and which ones are personal. 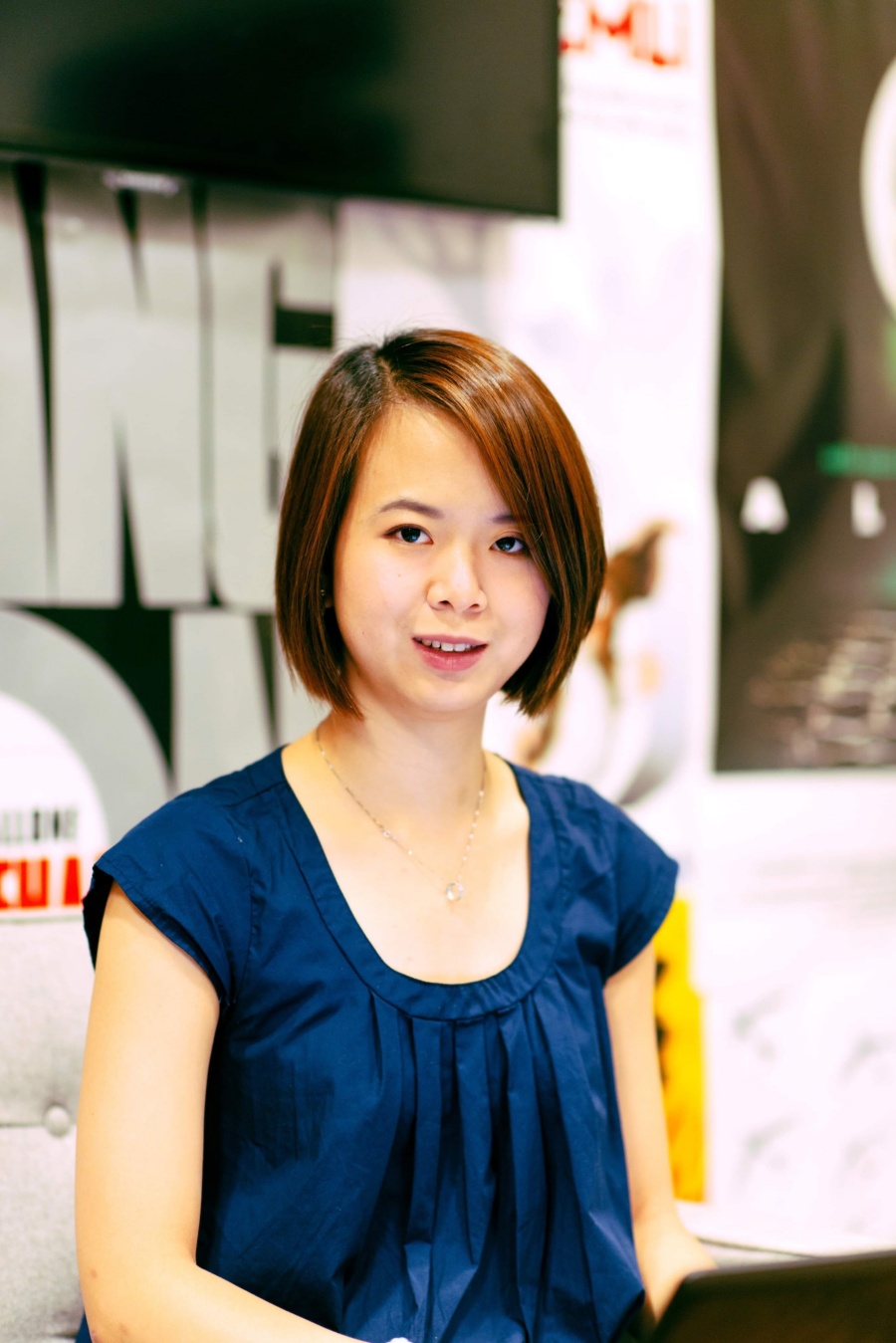 Nobody benefits from a hyper-masculine work environment

A hyper-masculine culture is characterized by four different patterns of behavior. The first is prioritization of work above all else. People will put their work above their health, family and personal life.

The second is stiff competition. There is a strong individualistic attitude with little sharing of ideas. People aren't inclined to help one another.

The third is never displaying weakness. People always want to portray themselves as strong and confident.

The last pattern is proving your strength and might. People will work for long hours, like a robot, pretending they never need to rest.

Alex: Is this kind of work culture really beneficial to men?

Carys: No, hyper-masculine culture benefits no one. In the short term, it could be beneficial to whoever is winning the competition, but over time, those benefits are outweighed by the costs.

For men, they will feel the pressure of always being told to "man up," of being obligated to work long hours and prioritize work over all other aspects of their lives.

For women and minorities, it's even worse. Not only do they have to play the game, but if they start winning, then they may suffer from backlash. People will say or think, "You're a woman, you should be more understanding and caring, you can't be so strong and assertive."

Alex: What are some of the long-term consequences of being in this kind of environment?

Carys: The symptoms are similar to people experiencing extreme burnout. There are physical symptoms like hair loss, or stress-induced weight loss. The anxiety of such a culture can also lead to migraines, another common symptom.

Emotionally, we see a wide range of negative experiences: frustration, sadness, anxiety and so on. When these emotions build up and can't be released in the workplace, we see them being released in other places, like upon family members.

It's important to note that in a hyper-masculine work culture, people don't feel bad all the time. They usually experience an emotional roller coaster. Sometimes you're good, sometimes you're bad. When you're feeling bad though, you become very moody, which leads to a whole host of consequences like a lack of motivation and decreased work performance.

Alex: In that kind of environment, decreased work performance sounds like the beginning of a vicious cycle.

Alex: What are the specific challenges that women and minorities face in a hyper-masculine work environment?

Carys: These traits are generally speaking innate to men, making them easier for men to enact. Women and minority groups see this and feel like they have to show the same traits in order to survive. I'm sure you know of examples of women who would go even further than their male counterparts, showing no emotions, always being strong and assertive. They might even do things like trying to deepen their voice to mimic their male counterparts, similar to what Elizabeth Holmes did.

When women go to that extreme, they might be playing the game very well, but their colleagues will perceive their behavior as unnatural, leading to criticism and isolation. We saw this kind of criticism recently with Hillary Clinton who used masculine communication styles in her political career. Her behavior would get called out a lot in the media, whereas if a male leader had behaved similarly, it would have been accepted and considered normal.

Alex: When you say these traits are innate to men, what does that mean?

Carys: I'm referring to the environmental (or nurture) versus genetic (or nature) debate. Genetically, there is the unconscious belief that men have more physical strength. In many cultures, men are also told from a young age that they have to behave in ways that are more masculine and assertive.

On the other hand, women grow up being told they have to assume a selfless, caregiving role toward their families. That expectation is then carried over into the workplace.

Alex: One of the difficulties in discussing this topic is that it's hard to reconcile broad trends with our individual experience. There are a lot of men who don't behave in this toxic masculine way, and who might feel attacked if the topic is brought up. How do you approach this topic with those men?

Carys: Whenever you have a conversation about hyper-masculine culture, always approach it with the person you're talking to in mind. Explain that it's an environment that can affect your team's performance and well being, and that even if he is not part of the problem, he will still feel the consequences in the long term.

There's plenty of research showing that a hyper-masculine work culture will hurt company performance and increase turnover. There is a strong business case to be made against the hyper-masculine workstyle. That's generally a good place to start your conversation.

Alex: How about management, how would you approach this topic with them?

Carys: First, I want to acknowledge that managers are humans like the rest of us, so don't be too hard on them if they fail to spot a problem while trying to take care of a lot of people.

In order to approach managers, they have to be approachable. I would encourage managers to have frequent touchpoints with team members. That way if you see a drop in motivation and employees being less forthcoming than usual, you can get to the underlying cause quickly.

There might also be issues you don't want to approach your managers with directly. It's important to have anonymous channels to report issues like sexual assault and bullying. Make sure they're actually anonymous, because we've seen a lot of controversies where employee assistance programs actually report back to management, leading to backlash against people who report claims. Some progressive companies have informal channels managed by the employees themselves, which make things a lot more equal.

Alex: What does the alternative to a hyper-masculine work environment look like, and why is it better?

What does predict performance is trust and collaboration. In the short term, you may be successful by pushing people over the brink, but if you want an organization that can thrive for decades, inclusiveness, equality, and a sense of belonging will always be the best way forward.

The reason these organizations thrive is because they encourage what we call organizational citizenship behavior: going above and beyond the normal tasks expected of you. If people feel psychologically safe, they'll speak up and all sorts of issues will be solved faster, leading to a better business environment, and ultimately better results. That's the business case for an inclusive work environment.

Could Japanese Companies Do More To Motivate and Retain Foreign Workers?

Deep Conversations Won't Solve Diversity and Inclusion, but Data and Evidence Can

We Know the Business Case for Diversity, so Why Are Boards of Directors so Homogeneous?