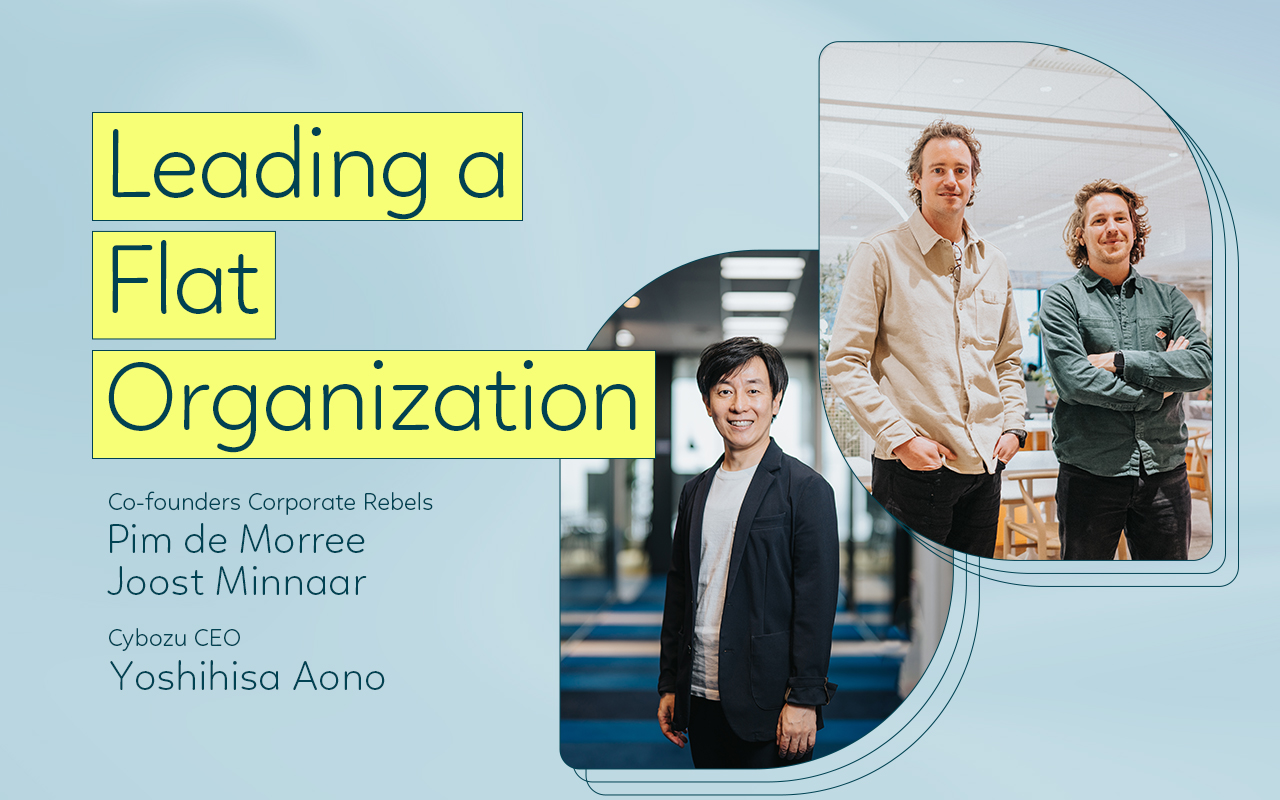 The flat organizational model has been gaining in popularity around the world, mainly thanks to its promise to give people greater control over their own jobs. However, flat organizations are not without challenges. Too often, a charismatic leader will drive management reform without clear mechanisms in place for conflict resolution, decision making, and resolving cultural differences.

Yoshihisa Aono, the CEO of Japanese groupware provider Cybozu, is worried his organizational reforms might not survive a change in leadership. To find some solutions, he sat down with Joost Minnaar and Pim de Morree, management thinkers and the co-founders of Corporate Rebels. Together, they discuss what it takes for a flat organization to thrive.

Pim: Why did you decide to transition your company away from a top-down model?

When I took over as CEO in 2005, we had a turnover rate of 28%. We were having going away parties almost every week. Something had to be done.

I began to systematically ask the people leaving the company to tell me why. I realized all the reasons were different. Everyone has their own idea of how long, where, and for how much money they want to work. The only way to lower the turnover rate was to figure out how to meet the different needs of every individual. Our current flat and open communication model is a continuation of that realization.

Joost: The transition to a more flexible workstyle coincided with a significant boost in revenue. Was that by design?

Aono: Not really. For me, turnover and revenue were two distinct issues. Our revenue grew in large part because we realized the growing importance of cloud technology and were able to adapt our business model in time.

That being said, a lot of companies struggle to adapt their business model to new circumstances. For us, the transition to cloud technology was made much smoother because we were first able to lower turnover and increase motivation. In that sense, having a more flexible workstyle was ultimately good for our bottom line. At least that's my experience with Cybozu. Do you see an increase in agility from a flatter organizational model in other companies?

Joost: Definitely. We saw during the pandemic how progressive management and decentralized organization can allow many companies to be more flexible in effectively tackling new challenges. When decision-making power is delegated to teams on the front line, they're able to make decisions rapidly in a way that best serves the customer.

Take for example an organization like the Dutch healthcare provider Buurtzorg. Their management model doesn't look like a pyramid, but rather like a living organism. Their autonomous, self-managing teams only rely on other teams when they need help or when it makes sense to have coordinated action. When a crisis emerges, those autonomous teams can and will respond immediately, and prompt other teams to act through information sharing.

Compare that to a top-down model where all information has to travel up and down a chain of command. It's no wonder decentralized organizations are more flexible. 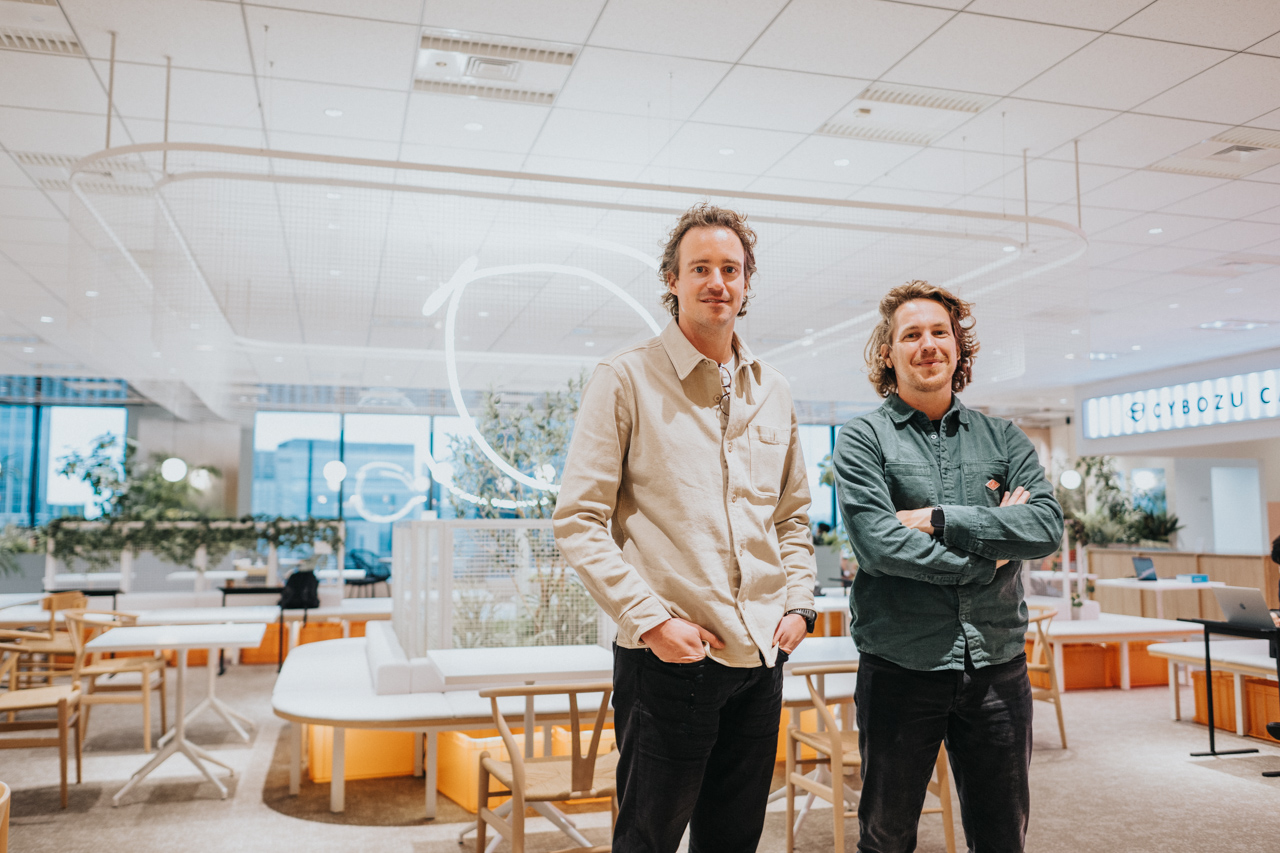 Joost Minnaar (right) and Pim de Morree (left) are the co-founders of Corporate Rebels. They quit their corporate jobs in 2016 out of frustration. Frustration caused by the old-fashioned and outdated ways of working that are still present in today's world of work.

As Corporate Rebels, Pim and Joost set out on a mission to make work more fun. Nowadays, they travel the world to research the world's most progressive organizations. Besides researching, they write for the popular Corporate Rebels blog, advise companies, and give keynote presentations to inspire organizations to radically change the way they work. In 2020, they published a book called 'Corporate Rebels: Make Work More Fun'. And recently they launched the Corporate Rebel Academy, an ultimate training camp for corporate rebels. A place to learn how to make work better, with a wide variety of courses and the opportunity to learn from pioneers while connecting to a global community of rebels.

Today, the Thinkers50 rate them among the "Top 30 Emergent Management Thinkers." They won the 2019 Thinkers50 Radar Award, and they were named as one of the "new voices reenergizing management."

The end of top-down came from the top

Pim: Where did the motivation to change your organizational model come from?

Aono: It was mostly from a change in my understanding of how to manage an organization. Before, I thought issuing orders from the top was the only way to effectively run a business. It wasn't going well, so I just gave up.

For example, say an employee came and asked for permission to have a side job. My initial response would be, "What are you talking about?! You still have so much to learn within our company!" I gave up that approach and instead decided to listen to their reasoning and respect their point of view. I accepted the possibility of me being wrong. 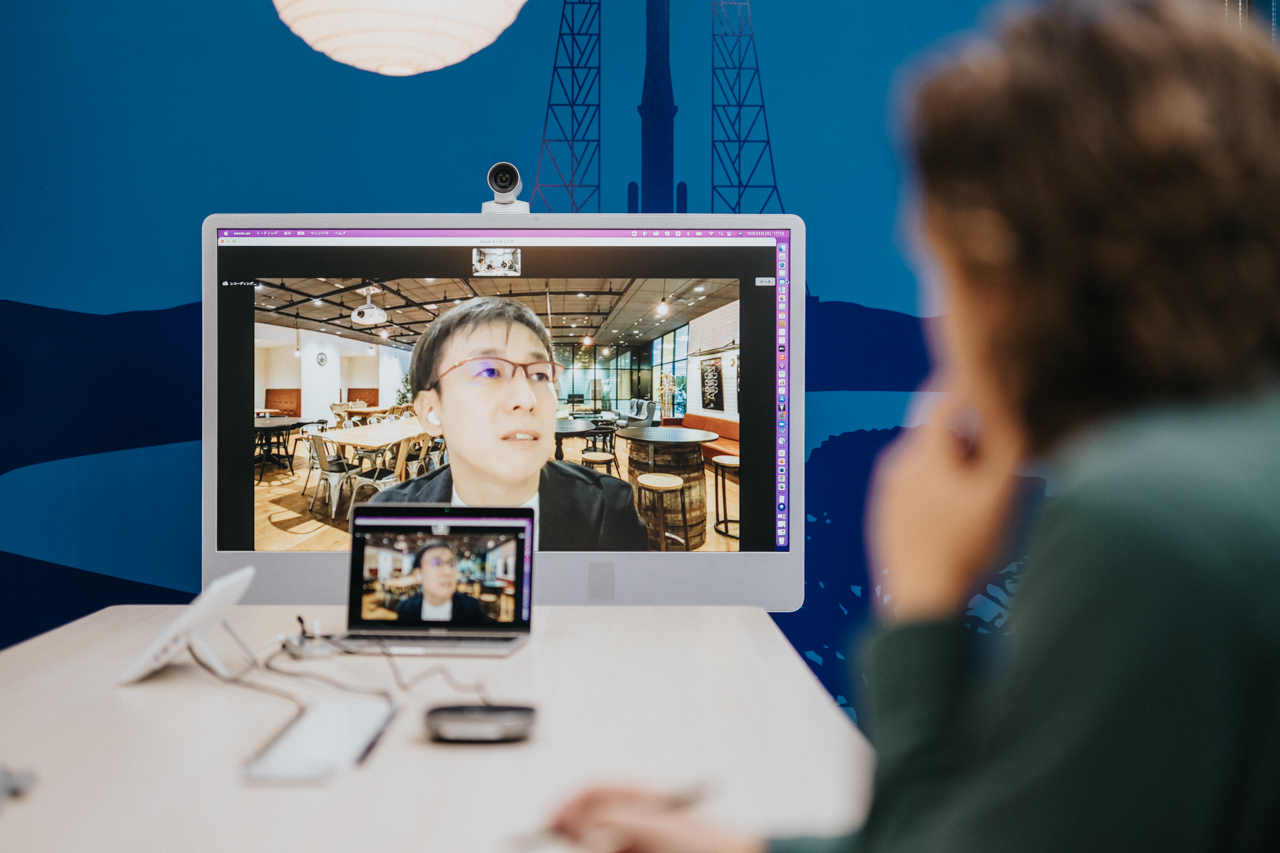 Yoshihisa Aono is the CEO of Cybozu. After graduating from Osaka University, he joined Matsushita Denkou (currently Panasonic). In August 1997 he co-founded Cybozu, and in April 2005 he was appointed CEO. Yoshihisa spearheaded the company's workstyle reform, as well as its transition toward its cloud-based product Kintone in 2011. He is the author of several books on teamwork and happiness at work.

Joost: Were there people who disliked your new way of thinking? For example, were there managers who couldn't let go of the top-down way of working?

Aono: Absolutely. Some managers clung to their old ways. I decided to be very strict on that front. If a manager refused to allow more flexible workstyles, they wouldn't get any subordinates. Their team would be taken away.

Joost: So the decision to be less top-down came from the top!

Aono: Yes. That one decision was non-negotiable. Everyone had to respect each other's diverse needs. The only way I could think of to get that decision to stick was to make it top-down.

Joost: Sure. There are three different patterns we see to arrive at a flat organizational model. One is the way you demonstrated, through efforts from top leadership. Another way is to start flat and keep scaling as a flat organization. An example here would be Buurtzorg. 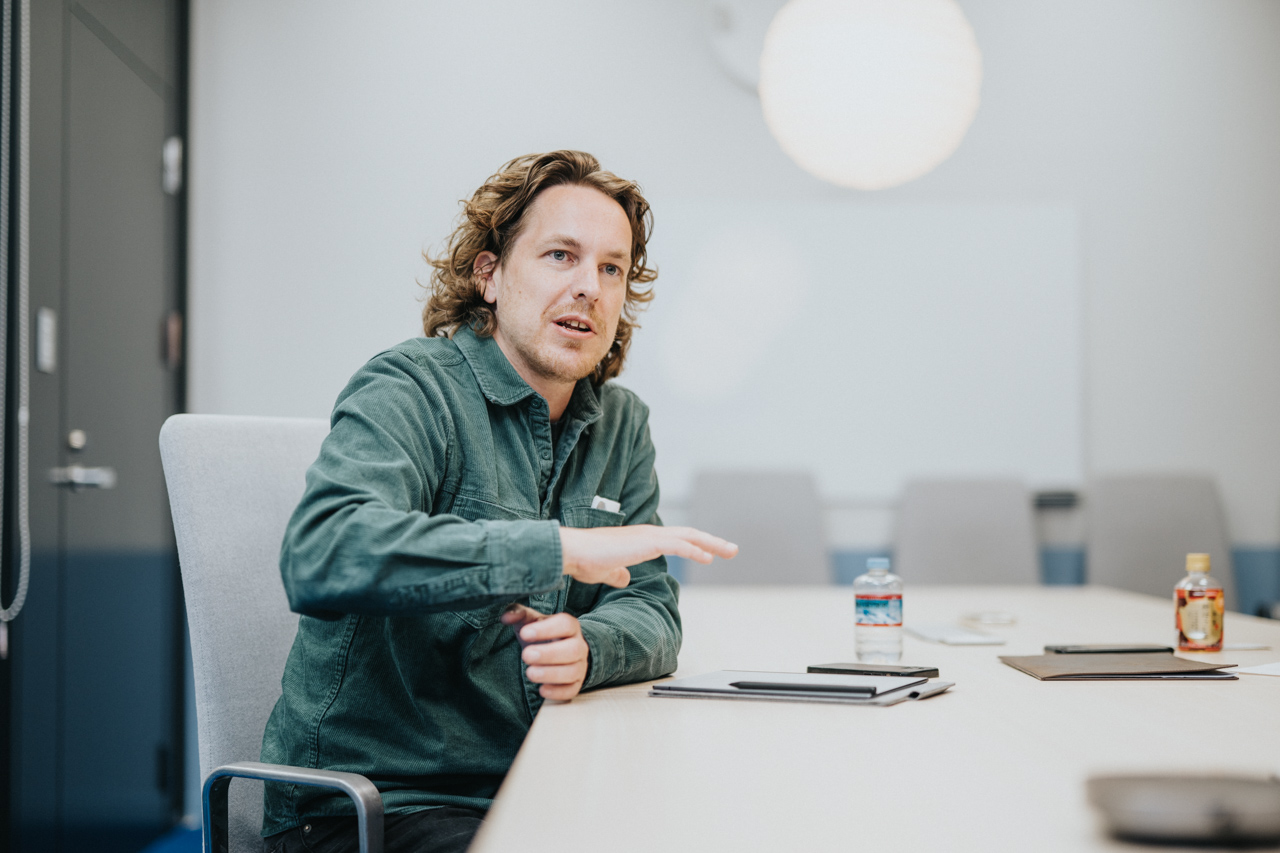 Joost: The third way we see is a bottom-up movement from traditional to progressive. This is the rarest of the three, but it does happen. An example here would be Dutch e-commerce site Bol.com, where the initiative of a single employee sparked a movement for company-wide reform.

The bottom-up approach does require at some point for managers to buy into the reform project. We also see many examples where change initiatives begin in a single team or department. Whether or not those initiatives scale up will depend on the organization as a whole.

Joost: What do you see as the role of a CEO if you're not doing top-down management?

Aono: To safeguard the company's culture. If I see parts of the company where our culture isn't being respected, I intervene. No matter how trivial an issue might seem, if I feel part of our organization is not operating in line with our culture, I'll raise the issue and have a conversation with the person in charge.

Joost: You just talk to them, you don't give them orders?

Aono: Instead of giving them orders, I pester them. A major benefit of having an open communication culture is transparency. I know when people are arguing or having issues within the company. There are over 1200 people working for Cybozu, so our open communication platform is the only way for me to understand what's happening.

At the same time, you can't have truly open communication without psychological safety. In safeguarding our company's culture, it's important for me to provide that safety. People have to be able to speak their minds without fear or doubt.

How does the balance work in other companies? How do the CEOs in other flat organizations deal with conflict without issuing top-down orders?

Pim: All successful flat organizations have clear processes in place to solve conflicts, whether between individuals or between teams. In the organizations we've visited, even if the management structure is flat, there is still a leadership team in place. In the rare event an autonomous individual or team cannot solve an issue, the leadership team can step in and intervene.

There are other mechanisms teams can use, like the Gain an Agreement Process, which centers around conversation, advice and arbitration. Whatever conflict resolution process you end up choosing, it's important to first try and minimize the escalation of conflict by maximizing conversation and autonomous resolution. 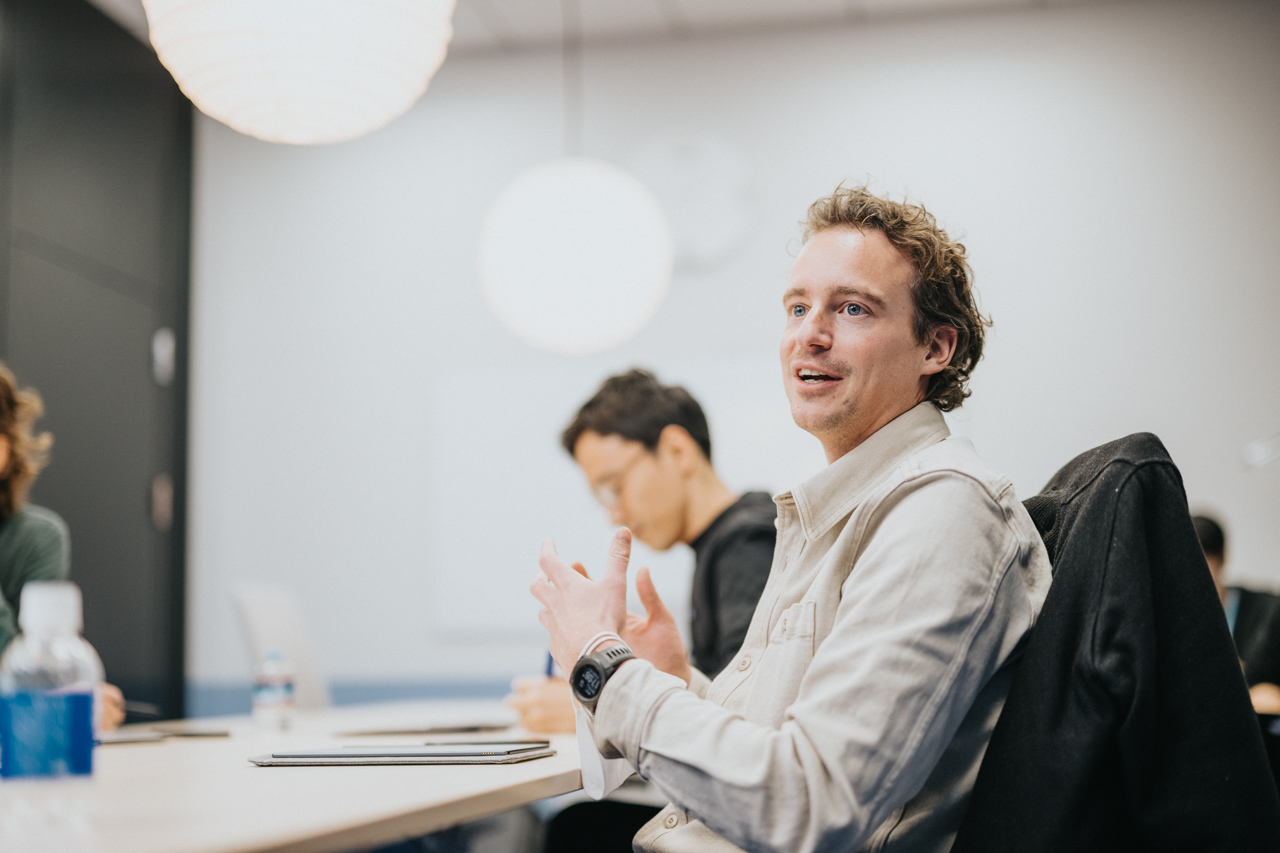 Pim: When you allow all your employees to have their own workstyle, how do you get people to work together efficiently? It sounds like an HR nightmare!

Aono: Allowing everyone to work their own way, what we call "100 people, 100 workstyles," is a core tenet of our company culture. Another is individual responsibility. You can't have one without the other. At Cybozu, employees need to display the ability to manage themselves.

Pim: It's a natural human reaction for people to copy what others are doing. How do you get people to really adopt their ideal workstyle?

Aono: Employees are asked to picture their ideal workstyle and revenue, put it in writing, and present it to their managers. Doing so encourages everyone to think about what they value in the workplace.

A bigger challenge we have is that people's needs are ever-changing. There are always new ideas for new ways to work popping up. Our work to achieve 100 people, 100 workstyles never ends. 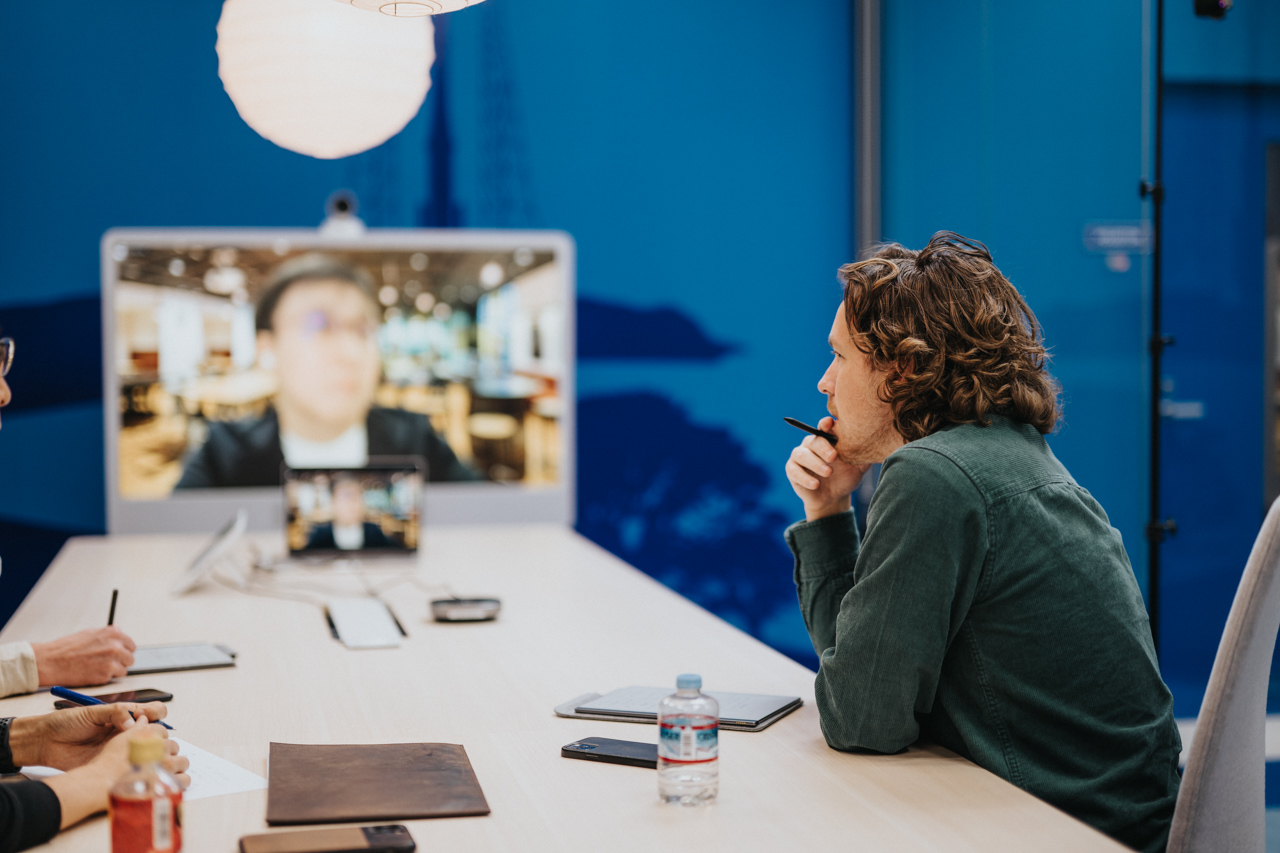 Joost: You have an office in the US. Do you see cultural differences in how your reforms were accepted?

Aono: Not really. We tried American style top-down management and individual incentives like performance bonuses. That didn't work, so we also transitioned to 100 people, 100 workstyles. Our retention rate went up.

I was concerned at first that by making the management style of our US office the same as our headquarters in Japan, people would leave. In fact, the opposite happened. I realized there are many people living and working in the US who do not resonate with so-called American-style management.

Autonomous workstyles may not be for everyone

Aono: One thing we noticed at Cybozu is that even though we have 100 people, 100 workstyles, our company culture doesn't work for everyone. If you are highly autonomous, you understand the workstyle you want, and are proactive in telling people when you don't like something, you'll probably feel comfortable at Cybozu.

If you would rather have a robust organizational structure where all the mechanisms are already in place and you don't have to be proactive, you might struggle at Cybozu. 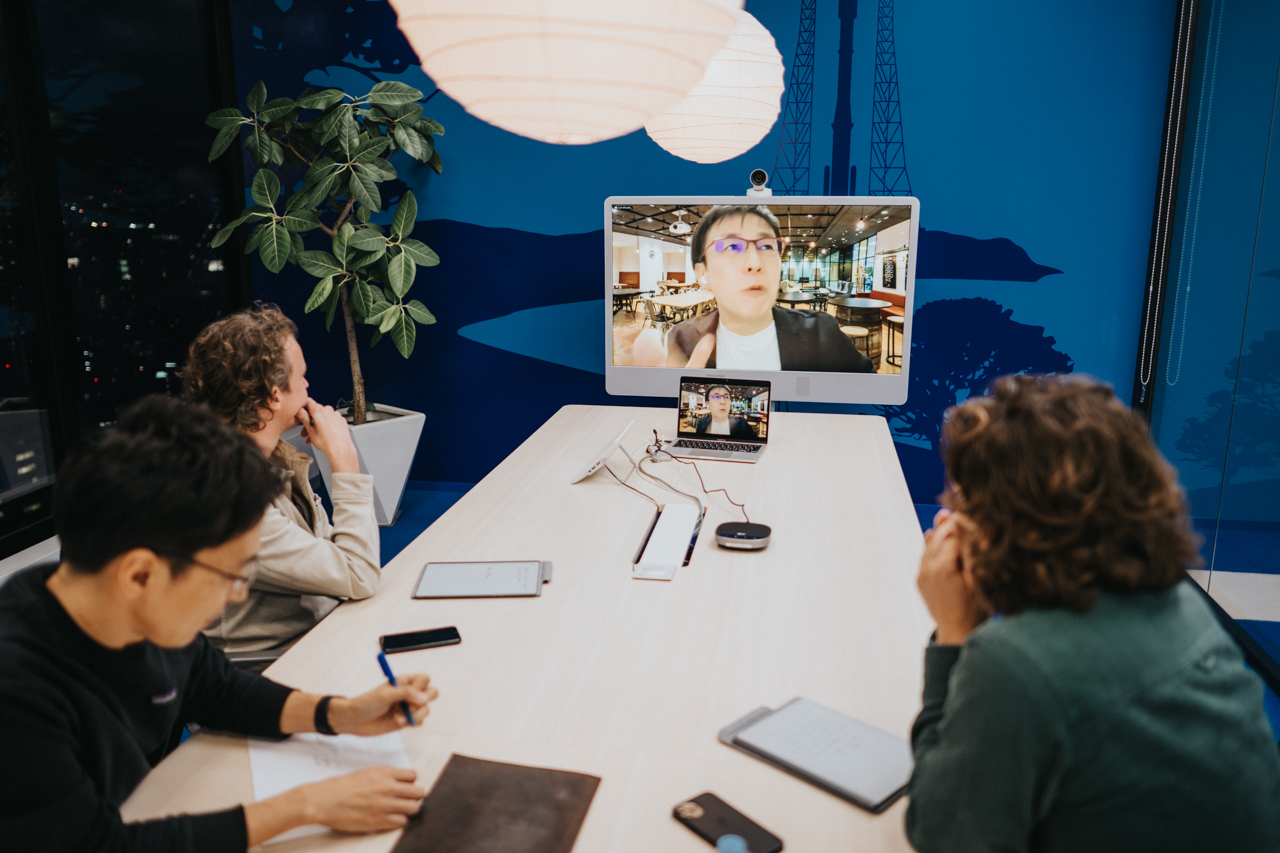 Aono: How is it in the other companies you've interviewed? Do you think the flat organizational structure can potentially work for everyone?

Joost: Flat organizations may not be for everyone, but I think they work for most people. If you ask people, "How would you like to work? What do you need to feel engaged and efficient?" not many will answer, "I want a boss to tell me what to do and a hierarchy to take all important decisions."