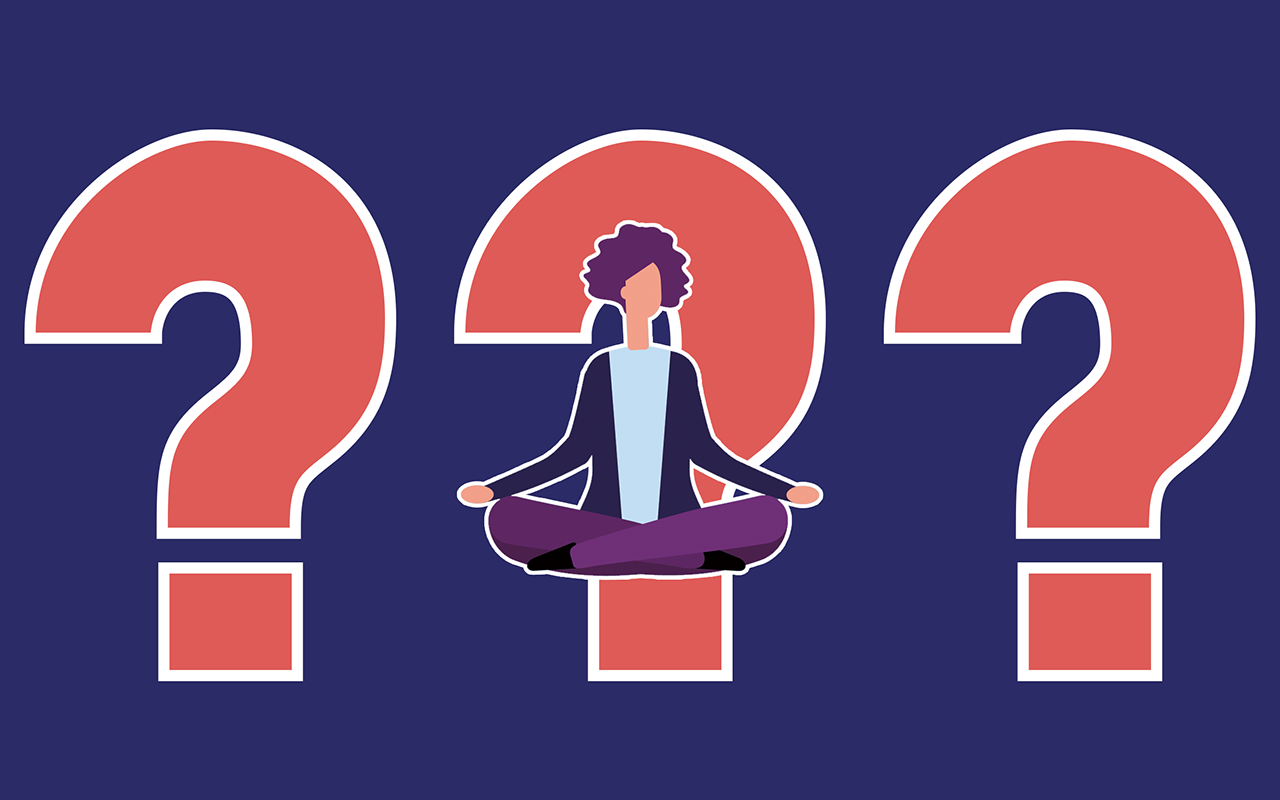 It's all in my head—or so I've been told.

Like the cliched plot of a horror film, the keys to lowering stress, building resilience, combating depression and finding happiness were inside the house this whole time. Or at least that's what I'm told by the denizens of the modern self-help movement, credited with importing life-changing techniques from around the globe to bring color to the monochromatic lives of average office workers.

The trendy new hue in this rainbow of inner peace is known as mindfulness, and in the past few decades it has taken over the corporate world. Proponents of mindfulness promise a panacea: techniques anyone can use to deal with stress and anxiety by shutting out the world and focusing inward, becoming one with the present moment.

I tend to be skeptical of any method that promises me life-changing results from the comfort of my couch, but mindfulness has something different. Its therapeutic claims are backed by science.

So is that the end of the story? Is mindfulness the one change I need in my life? Before booking a six-week meditative retreat, I decided I had to talk to at least one person who wasn't drinking the mindful Kool-Aid.

Ronald Purser is a professor of management at San Francisco State University and the author of McMindfulness: How Mindfulness Became the New Capitalist Spirituality. We sat down to discuss what mindfulness is, where it came from, and whether it's truly a one-way track to happiness.

First, focus on your breathing

Alex: Let's imagine a scenario: I'm a new hire at this giant tech company. My work is stressing me out, so my boss recommends a mindfulness program. What can I expect from this program?

Dr. Purser: First, you should know that you're being sold a marketplace commodity.

You would be trained in a few breathing techniques like watching your breath, maybe paying attention to various sensations in your body. These techniques are meant to help you relax, calm down, and notice your thoughts and feelings as they arise without attaching to them, without following the stories that you're telling yourself.

These programs can last anywhere from a few hours to five or six weeks. You would probably be doing it with other people, perhaps in a group.

And you would also be told a certain narrative about stress. You would be told that stress is inside your head, it's because you're overreacting to circumstances, because you don't know how to self-regulate your emotions.

You would be coached into engaging in these practices as a way to help you cope and adapt to the working conditions and the corporate organizational culture in which you find yourself. The implicit message is that you're responsible for managing your own well-being, mental health and stress, and we have a program to help you do that. 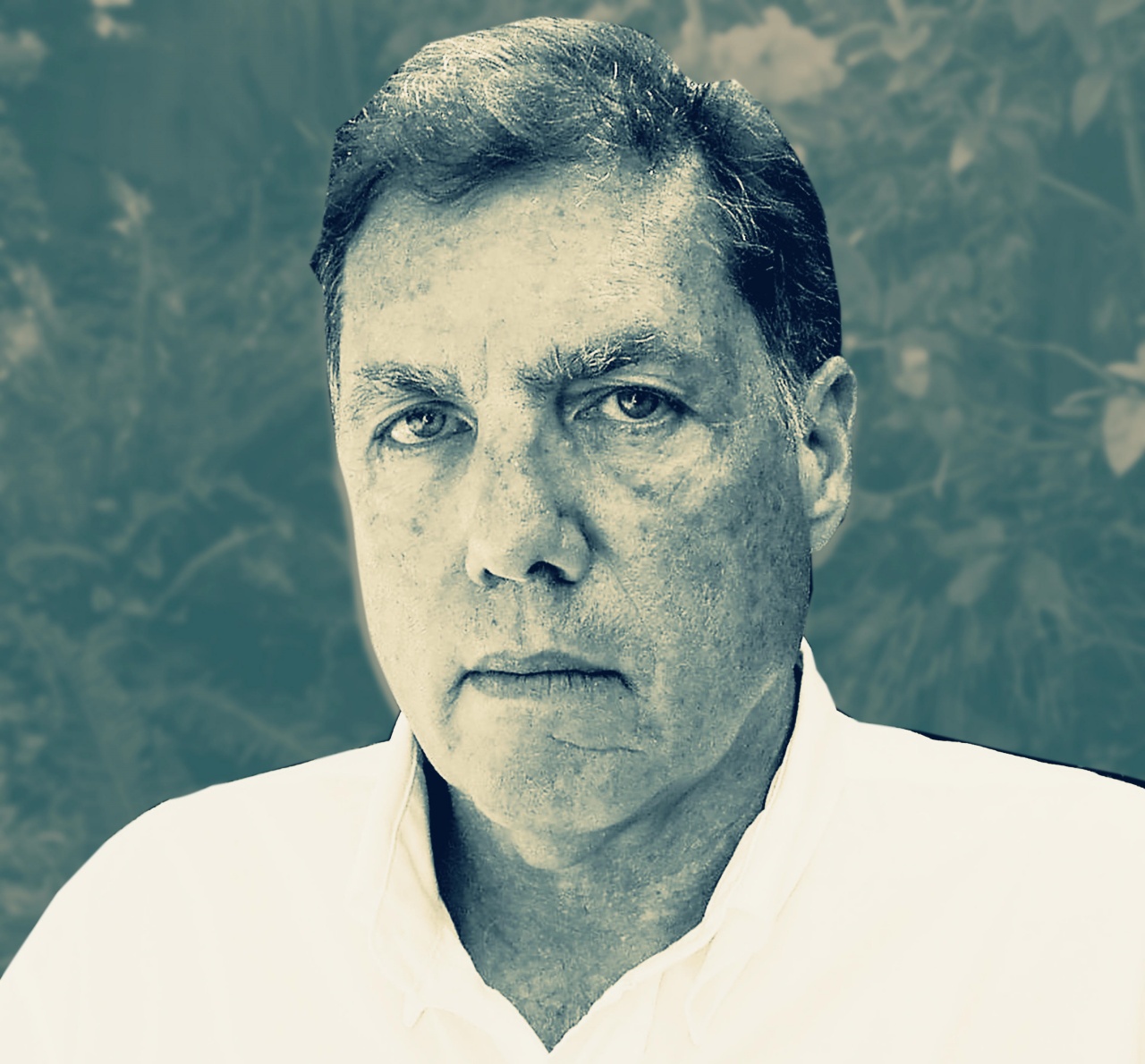 Ronald Purser is a professor of management in the College of Business at San Francisco State University. His research explores the challenges of introducing mindfulness into secular contexts, particularly with regard to modernity, Western consumer capitalism and individualism. He received his doctorate in organizational behavior at Case Western Reserve University. Dr. Purser is an ordained Zen Dharma teacher, and the author of McMindfulness: How Mindfulness Became the New Capitalist Spirituality.

From being one with everything to being all about me

Alex: Where does modern mindfulness come from?

It wasn't until the 19th century that a British Oriental scholar by the name of Thomas Rhys Davids, who happened to be in Sri Lanka, translated the sutra. He knew Pali and Sanskrit, and he really struggled to find an English translation for the Pāli word Sati, which we now translate as mindfulness. The original Pāli word has many connotations, mostly to do with recollection, remembrance and calling to mind.

Specifically, this "calling to mind" referred to certain doctrinal instructions and contemplative reflections that were in the Satipatthana Sutra, such as the teachings of the Buddha and the nature of the Four Noble Truths.

A big part of mindfulness is the notion of discernment, sampajaña, which translates to "clear comprehension" and means to clearly comprehend what is going on in the mind. Mindfulness wasn't a passive nonjudgmental attentiveness to the present moment—that's the modern operational definition of mindfulness and mindfulness-based stress reduction (MBSR). It was very actively engaged in discerning what was going on, and recollecting words and teachings from the past.

We must also remember that there were three trainings in traditional Buddhism: ethics and morality, meditation, and wisdom. Mindfulness has been separated from this integrated, comprehensive approach to spiritual development.

Alex: How did modern mindfulness become separated from its spiritual roots?

Dr. Purser: It's a long history of decontextualization.

The modernization of mindfulness goes all the way back to the Theravada meditation lay revival movement, particularly in Burma when it was under British occupation.

At the time, meditation was reserved for elite monks. It wasn't until Buddhism came under threat in countries like Burma, Thailand and Sri Lanka that meditation was intentionally opened up to lay audiences. It was a form of political nationalistic resistance against colonialism and Christian missionaries.

The elder monks leading this reform wanted to appeal to Western sensibilities by saying Buddhism isn't a religion, it's actually a science of the mind. Mindfulness was intentionally reframed as something nonsectarian, universal, and compatible with Western rationalism and science.

Fast forward to the early 60s, when you had Westerners in Burma and Thailand in the Peace Corps who were starting to learn these methods—people like Jack Kornfield, one of the co-founders of the Insight Meditation Society who also has a Ph.D. in clinical psychology. They learned these methods, brought them to the U.S. and psychologized them, effectively stripping them of their Asian cultural baggage.

Upon reaching the U.S., modern mindfulness became heavily influenced by American transcendentalism, which was built around this idea of disenchantment with industrial society—that we've lost touch with nature.

What we're left with today is a small sliver of the original techniques, which has led to the modern understanding of mindfulness as a therapeutic practice that offers a helpful sense of calm and quietness. Through this process of cultural translation, the individual's personal experience became valorized. If you practice mindfulness you are told to be the judge of your own personal individualistic experience.

Alex: Was mindfulness not meant as an individualistic practice?

Dr. Purser: The whole purpose of mindfulness was to uproot the attachment to the self. It was meant to unveil our primordial delusion: that we feel we are separate, independent and eternally existing individuals. This ties back into the wisdom side of meditative practice. The calming stage was meant to stabilize the mind. Once stable, the mind could observe and ultimately call into question nature of the experiencing self.

In Buddhism, liberation is liberation from the story of being a separate self. We are meant to see that despite appearing separate, all phenomena are, in their true nature, relative and interdependent.

From this realization comes compassion, because if you can see clearly past the delusion of yourself as a separate individual, the sense of boundary between self and other disappears and you naturally become more compassionate.

Modern mindfulness finds itself more in the world of psychology and medicine than in the nature of self and compassion.

The problem with therapeutic mindfulness is that it works

Alex: What are the main therapeutic goals of modern mindfulness, and how did it become a technique in modern medicine?

Dr. Purser: The goals are to reduce stress, calm the nervous system, manage anxiety, and create distance between one's thoughts and one's feelings.

Mindfulness was brought into western medicine in the 60s and 70s by medical experts like Jon Kabat-Zinn and Herbert Benson. They studied mindfulness practices through the lens of biology for Kabat-Zinn and physiology for Benson, disconnected from any kind of religion or spiritual lineage.

Meditation had been part of the western philosophical tradition since ancient Greece, but always embedded in a moral and ethical context. What you see with modern mindfulness is its reduction to an instrumental technique. Without any ethical or moral context, meditative practices lend themselves to any kind of utilitarian pragmatic use. The philosophical notion of equanimity is now seen as just a physiological state which can be measured, studied, and correlated with meditation and mindfulness. It's almost like mindfulness has been put into a Petri dish, disconnected from its contextual ecosystem.

Alex: That seems to be how western medicine operates across the board. It takes a chemical, process or technique from the environment, strips it down to its core elements and applies it therapeutically. Many will then argue that as long as this has a curative effect, what's the problem?

Dr. Purser: That is the most common reaction to my argument. I would respond that there isn't anything inherently wrong with using these techniques to deal with stress.

The problem with mindfulness isn't that it doesn't work. The problem is precisely that it does work. What we should then be asking ourselves is work in the service of whom and whose interests?

To use an analogy from western medicine: there's nothing wrong with treating depression, quite the contrary. The issue arises when you consider depression to be a strictly private disease, stripped of political, social and economic contexts.

This is where corporate and market interests come into play. If you look at the pharmaceutical industry, there is a vested interest in preserving the world view that medicalizes depression to such an extent that you don't question the environment that allowed these diseases of despair to become so prevalent.

The problem is not that people are getting individualistic benefits. It's at the ideological level, maintaining a narrow way of framing human distress. That's why I'm not blaming individuals that are taking up these practices, but am more concerned with the dominant cultural message that happiness is a skill—independent of your social conditions—that you can acquire through self-management and hacking your brain.

There are external factors that could help people become a lot less stressed, such as organizing around collective resources, or changing political and social systems. It also shouldn't be just one or the other, internal or external. Mindfulness advocates are swinging the pendulum too far toward the individual, downplaying social and communal dimensions.

There's nothing inherently wrong with doing a three-minute breathing exercise, or taking a deep breath before sending a difficult email. However, I think we can aim higher. These kinds of individualistic techniques don't allow us to realize the full potential of mindfulness. 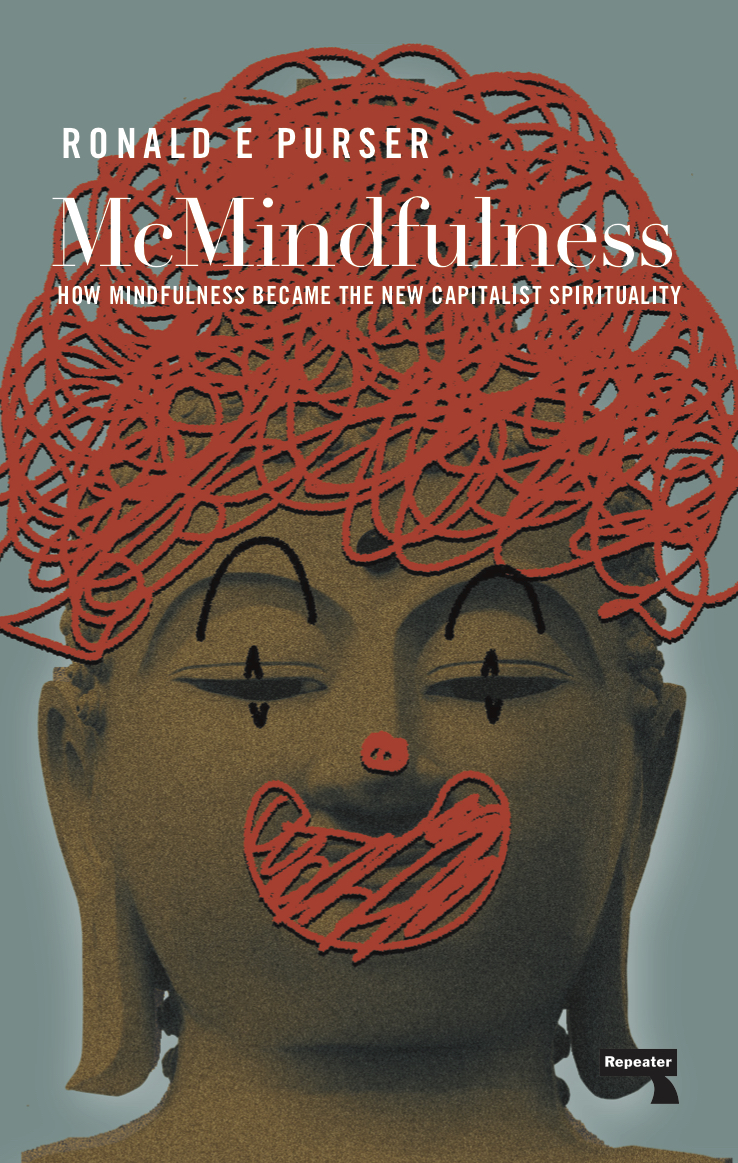 Beyond the new capitalist spirituality

Alex: I'm beginning to see why in your book, you call modern mindfulness the "new capitalist spirituality." Capitalism incentivizes always pushing the limits. If people become more capable of coping with stress, companies have a profit motive to push them even further, making workplaces even more stressful.

Dr. Purser: Absolutely. The fact that mindfulness has been so warmly received by the marketplace should give us pause for exactly that reason.

Capitalist spirituality works as a contemporary form of the Protestant work ethic. The puritan mindset is that you worked hard under difficult conditions because it increased your chances of getting into heaven. Mindfulness is similar, in that it's a salve against oppressive working conditions that we put on in exchange for the promise of career success.