In our society, we've been conditioned to believe that jobs are always good. Having a job is always better than not having one, regardless of how grueling, dangerous, or downright useless that job may be. This idea is so pervasive that it even transcends political divides—jobs are just as highly valued in capitalist America as they were in the Soviet Union.

However, when you look into that idea at the individual level, you start to notice some cracks. A sizable percentage of the population thinks their job is bullshit: That the world would be just as well off—if not better—should their job not exist at all.

There must be a disconnect somewhere. How can it be so universally accepted that jobs are morally good when so many people are miserable at work? To find out, I called up Dr. David Graeber, the anthropology professor at the London School of Economics who shone a spotlight on this problem in his viral article, On the Phenomenon of Bullshit Jobs: A Work Rant. We discussed what bullshit jobs are, where they came from, what they do to us, and whether anything can be done about them.

The subtle distinction between shit and bullshit

Alex: In high school, I had a repetitive, boring job in a supermarket. It was awful, I hated it. Yet according to your book, that wouldn't necessarily qualify as a bullshit job. What is a bullshit job?

David: When I say "bullshit job," people often think I mean a horrible job you don't want to be doing. So I had to come up with another category of "shit jobs."

Shit jobs are low-paid, with miserable conditions and no respect. But the interesting thing is, most of them are quite useful. In fact, there's a general pattern within our society that the more obviously your work benefits other people, the less they pay you. In other words, there seems to be an inverse relationship between compensation and social benefit.

That way of thinking is deeply perverse. Yet people don't just put up with it—they defend this arrangement. They believe that because the work provides a social benefit, it makes the job more rewarding, therefore deserving less compensation. Virtue should be its own reward.

We're seeing this now during the pandemic. We assume the people with essential jobs are going to risk their lives to do things like bring us our Amazon packages. These essential workers are doing something heroic. They deserve our respect not just during the pandemic, but all the time.

Alex: It seems like the big difference between bullshit and shit jobs is usefulness. How do you decide if a job is useful or not? And do you mean useful to the individual, or to society in general?

David: I leave it to the worker to decide if the job is useful or not. The last thing I want is to be the guy that goes around telling people their jobs are useless.

This approach has yielded some interesting results. People aren't necessarily dissatisfied in the areas you would anticipate. You'd think it would be a lot of retail workers wondering why they're selling unnecessary products&#8212but you don't get that! People don't sit in judgment of the consumer tastes of others, unless they think they're actively involved in scamming people. You don't get people selling lattes thinking, "This is stupid, why does this person need a latte?" They believe their job provides people with something they want, so it provides a social benefit.

Where you get huge numbers of self-reported bullshit jobs is in areas like administration and management. People saying, "I don't really do anything. I'm here to make sure others do their job, but I used to have their job. I know perfectly well that if I weren't there, they would be behaving exactly the same way."

Sometimes it's even worse: These people feel like they get in the way. To justify their existence to someone upstairs, they make employees fill out endless paperwork. You get this paradox where people perform worse because they spend all their time filling out performance evaluation forms. 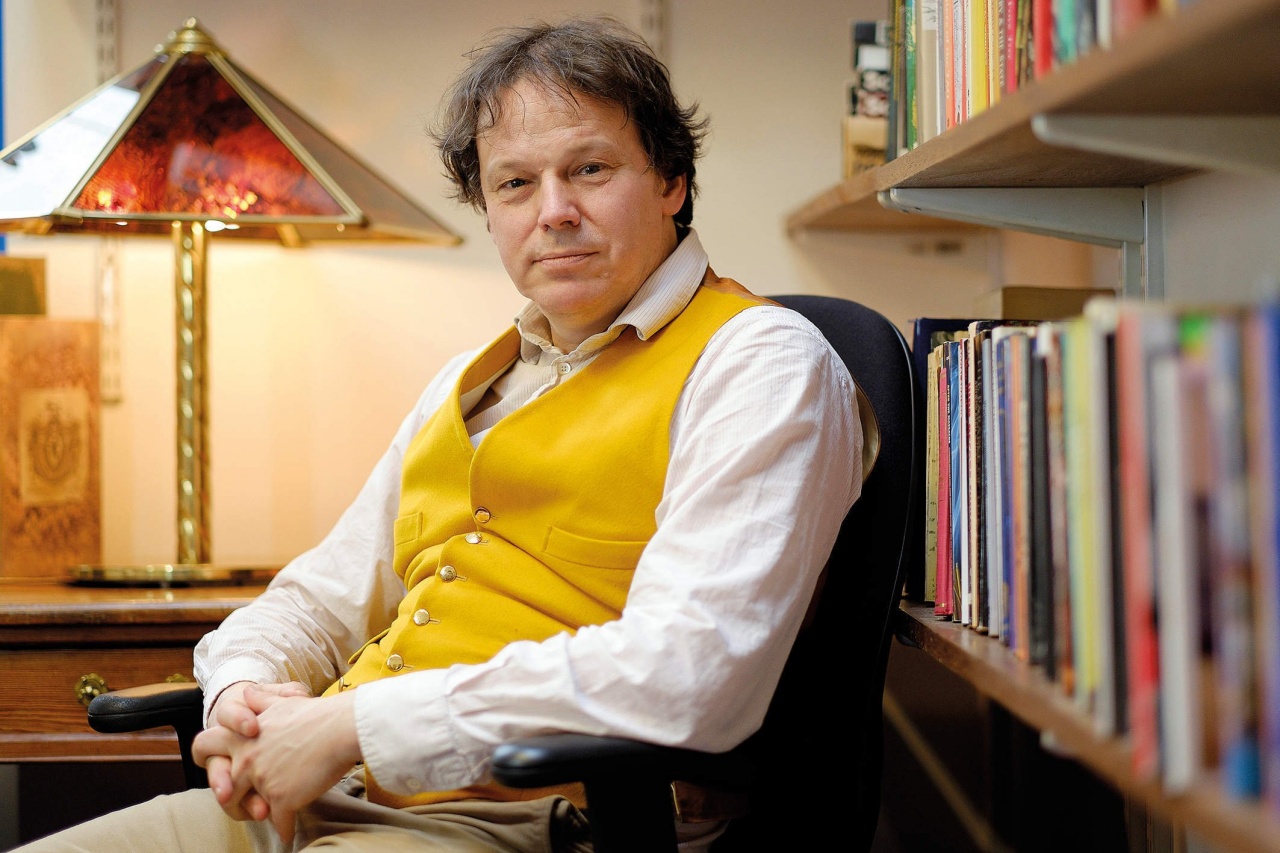 Dr. David Graeber is a professor of anthropology at the London School of Economics. His many specializations include social movements, social theory, money, theories of value, debt, class, and politics. In 2013 he wrote an article entitled On the Phenomenon of Bullshit Jobs: A Work Rant, which later became the basis for his 2018 book, Bullshit Jobs: A Theory. Professor Graeber has also written highly-acclaimed books on the topics of debt, democracy, and the theory of value, among others. He holds a PhD in anthropology from the University of Chicago.

David: Then you also have a category of people who really feel their entire industry shouldn't exist. For example telemarketers: I've rarely run into a telemarketer who didn't wish there were no telemarketers. Or areas like finance and marketing, who are in the business of creating artificial demand.

I remember this one special effects guy who told me, "When I do special effects for movies, like big dinosaurs attacking spaceships, it's great! That's what gives my life meaning. But 95% of what I do is touching up celebrities to make them look better, or touching up ads to make products look like they work. I'm contributing to making people feel insecure, then selling them products that don't actually work."

Alex: How big is the problem? How many people claim their jobs are bullshit?

David: I base my assessment on polls, and it depends on how polls ask the question. One poll got a fairly low number: around 10%. The question it asked was, "Is your work useful to your organization," and 90% of respondents said yes. However, the poll didn't ask if people thought the organization should exist in the first place.

The first poll I saw showed 37% of respondents thought their job wasn't making a meaningful contribution to anyone. Since then other polls have come out, and I'd put my estimate around 20-25%.

Alex: Where are all these bullshit jobs coming from? Agricultural and industrial jobs at least make something, so do bullshit jobs all come from the service sector?

David: The term "service sector" is deceptive. Jobs like cutting hair and serving coffee are very different from administrative and clerical work. If you just look at the jobs we traditionally think of as service sector jobs—like giving haircuts—the number hasn't changed much. It's hovered around 20% for the last 150 years.

What has increased exponentially is the clerical, administrative and supervisory jobs. That's what I would consider the bullshit job sector.

Alex: Why is that sector in particular so prone to bullshit jobs?

David: It's notorious in organizational theory that organizations develop fat and inefficiencies as they grow. What's interesting is why nobody does anything about it. This is supposed to happen under the Soviet system, where full employment laws meant you had five guys selling you a piece of meat. So the great mystery is: Why under capitalism, where executives are praised for being lean and mean, do you have these inefficiencies?

The thing is, executives are only lean and mean toward people with shit jobs: those who are actually making or moving goods. However, as soon as they have extra money, they pour it into hiring flunkies to make themselves look more important. And there are several reasons for that.

One is political. Both the left and the right totally agree that more jobs is always good. When you have leftwing protesters marching down the street chanting "Money for jobs, not war," you're bound to have rightwing guys looking at them saying, "Bunch of hippies, get a job!" Everybody wants people in jobs.

Then there is the moral element. This idea that unless you're working hard to do something you don't enjoy, preferably under the direction of someone you don't like, then you're a bad person, undeserving of the love, help and care of your community. Jobs have become a token of moral citizenship. You're not an economic moral citizen unless you have a job. It's the flip side of consumerism: Our work is supposed to be painful in order to win the moral right to enjoy our consumer pleasures.

The doctrine of managerial feudalism

Alex: Why are these executives hiring flunkies in the first place, instead of investing that money into something useful?

David: To answer that, we have to go back to changes that happened in the 80s, with the death of Keynesianism.

There are two ways that the government can create jobs. One is to stimulate aggregate demand: Give money to ordinary people and they will buy more consumer products.

The other is trickle-down economics; this idea that rich people are job creators, so we should give them money directly and leave it up to them to create jobs. The trouble with this second approach is that if you don't stimulate aggregate demand, nobody has money to buy products, so the wealthy are not going to invest money making products that nobody will buy.

Instead, they'll hire people to create an in-house magazine to talk about how great their company is. They'll employ a bunch of people to boost their image and prestige.

David: It is. In the book, I coined the term "managerial feudalism." Just like in the Middle Ages, you had the Lord and the peasantry, and endless ranks in between: duke, baron, knight and so on. Now you have that endless reproduction of ranks with middle management. You see it in every domain: universities like mine, hospitals, creative industries, and so on.

If you ask people in Hollywood why most movies are so bad now, they'll say, "Because 25 people interfere with the script until it no longer makes sense." Instead of just a director and producer, you have these endless ranks of executive vice-presidents who have to find something to do, so they fiddle with the script.

Alex: I see. And because they all feel the need to do something, they create more work for everyone else, hampering the entire industry.

David: Exactly, they end up making more work for those doing the real work! And that becomes the norm. If a university wants to hire talent from the corporate world, not only do they have to provide an insane salary, they also have to give that person five assistants, because you're not an important person unless you have lots of flunkies hovering around.

Trouble is, they don't give those assistants anything to do. So they make up things for teachers like me to do. I can't do my research until I've filled out a time allocation survey and analyzed differential learning outcomes for graduates and undergraduates. Who cares! Nobody is going to read the report anyway.

As a result, people spend more and more of their time discussing, predicting, analyzing, assessing what they do, and less and less time actually doing it. 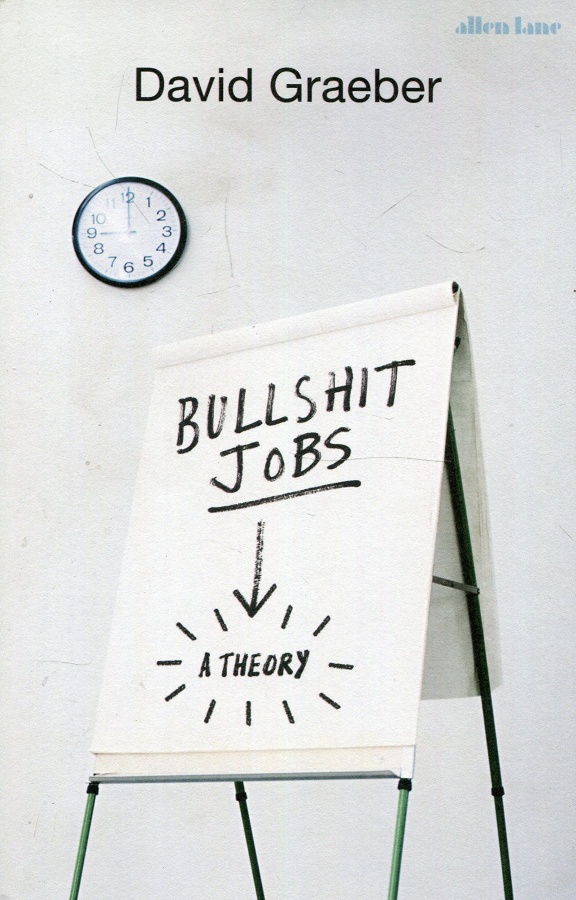 The absurdity of time ownership

Alex: In your book, you explain that bullshit jobs come from an unhealthy conception of time. What's wrong with the way we conceive of time?