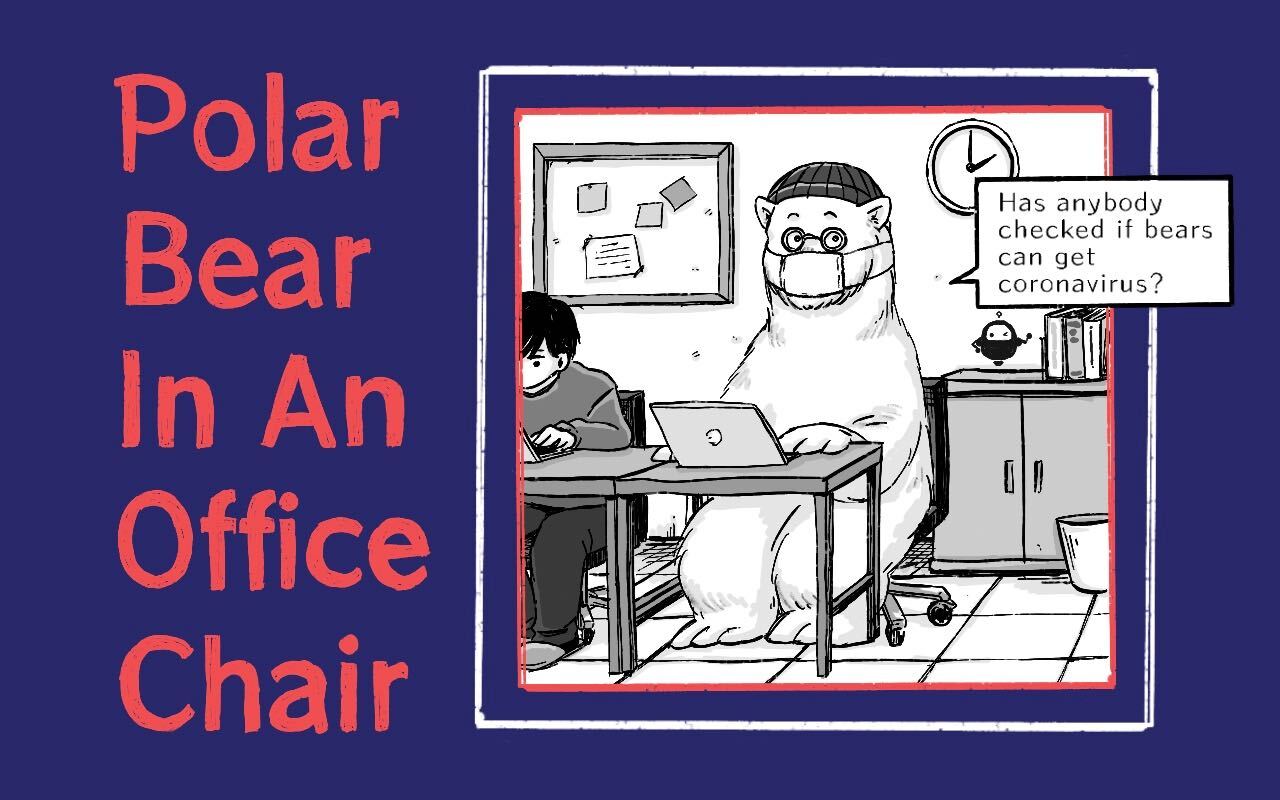 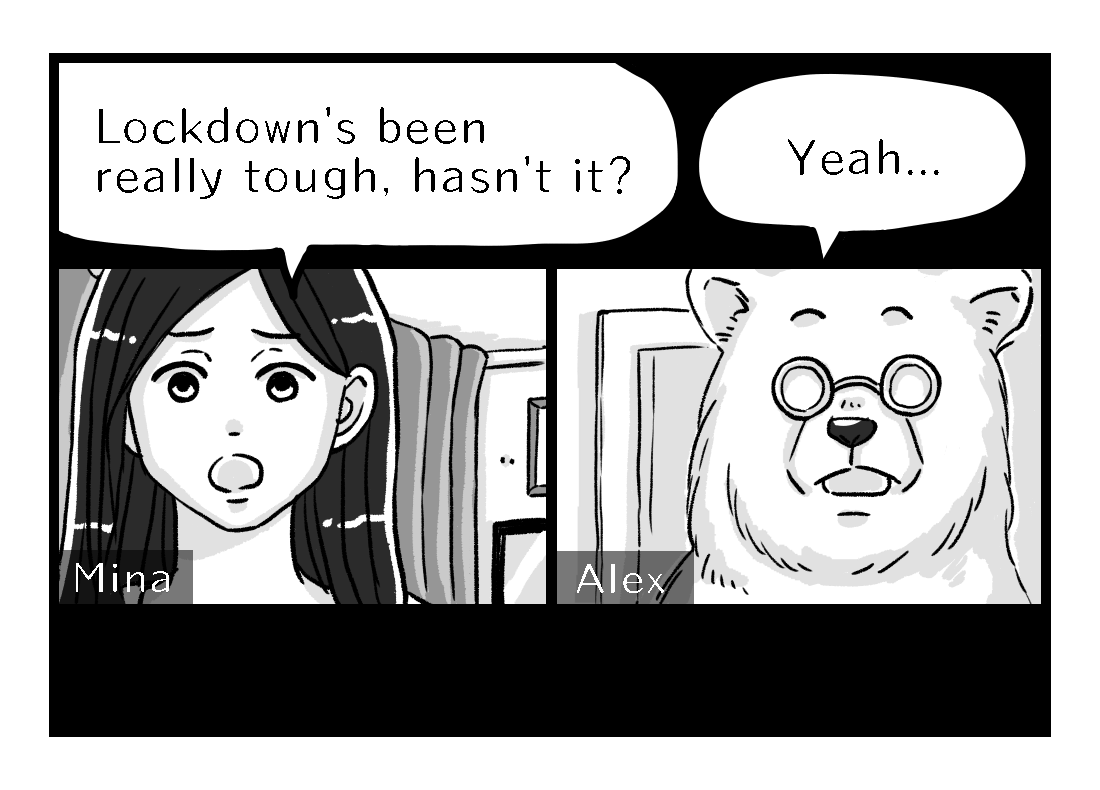 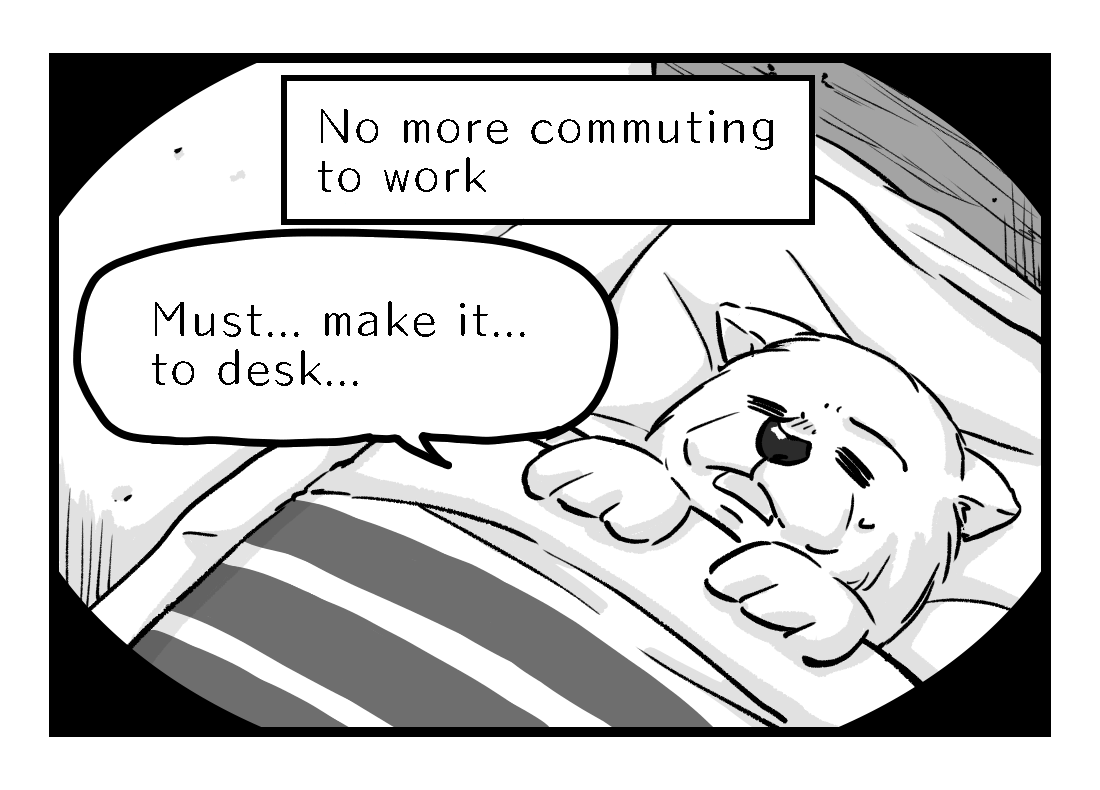 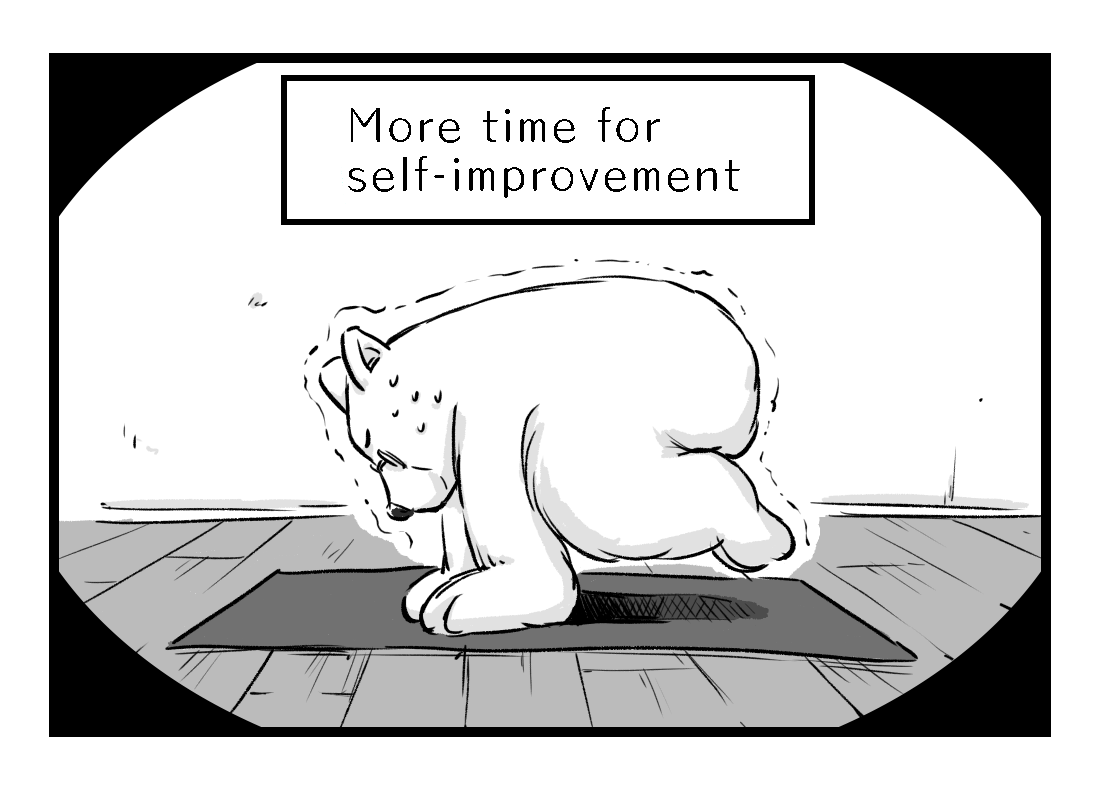 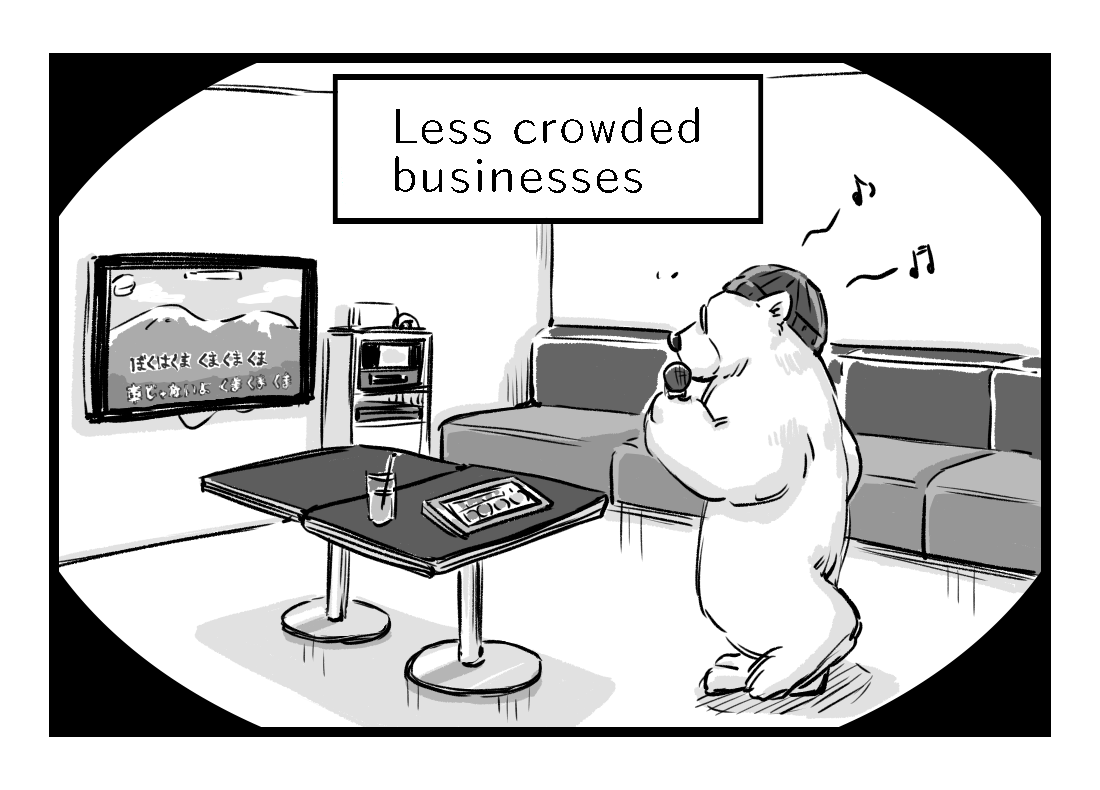 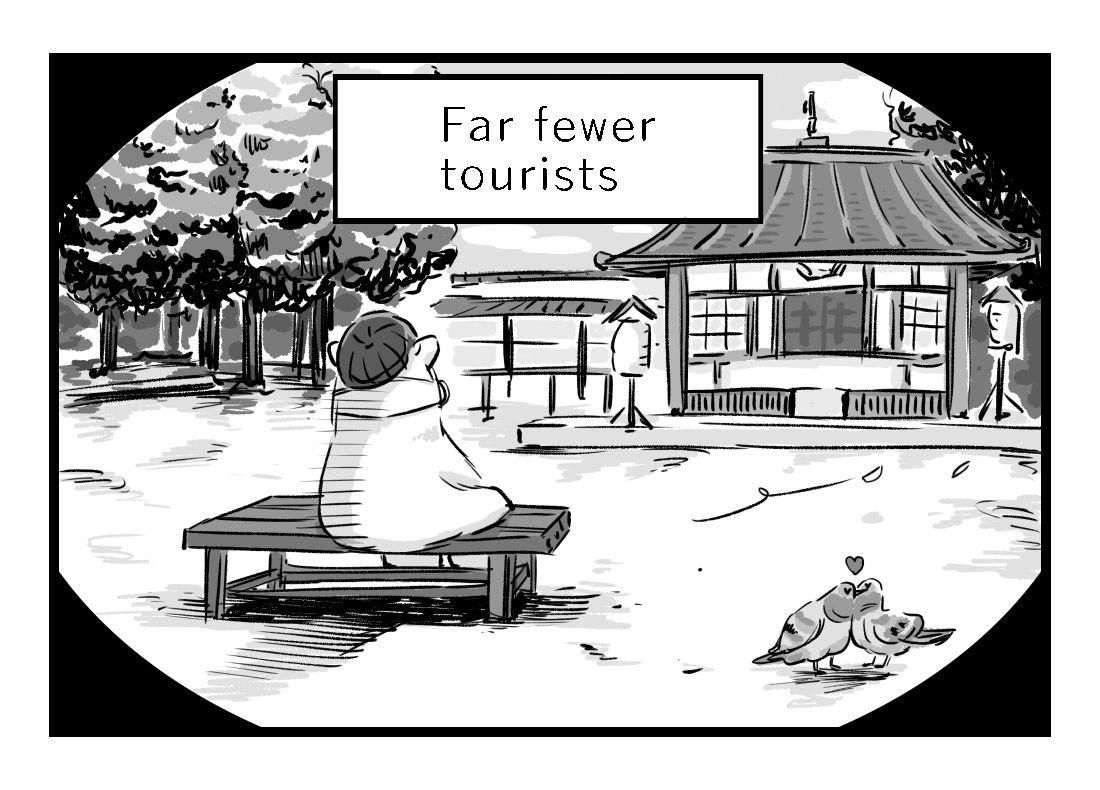 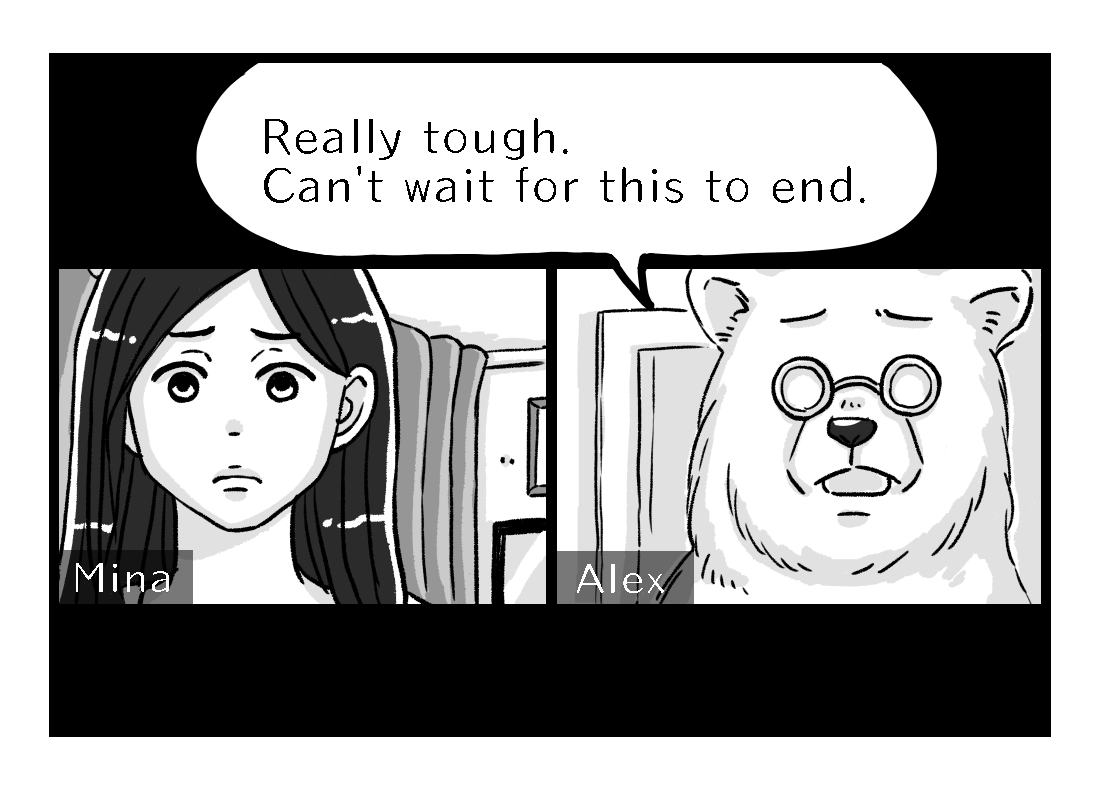 Alex
These may not be the best of times, but for those of us who have been working remotely, it's hard to deny there's been a silver lining. Focusing on the positives is a good thing, right? It could just be what gets us through this. Who knows, maybe if I keep trying, someday I'll nail the crow pose! I doubt it though. Polar bear bodies just don't bend that way. 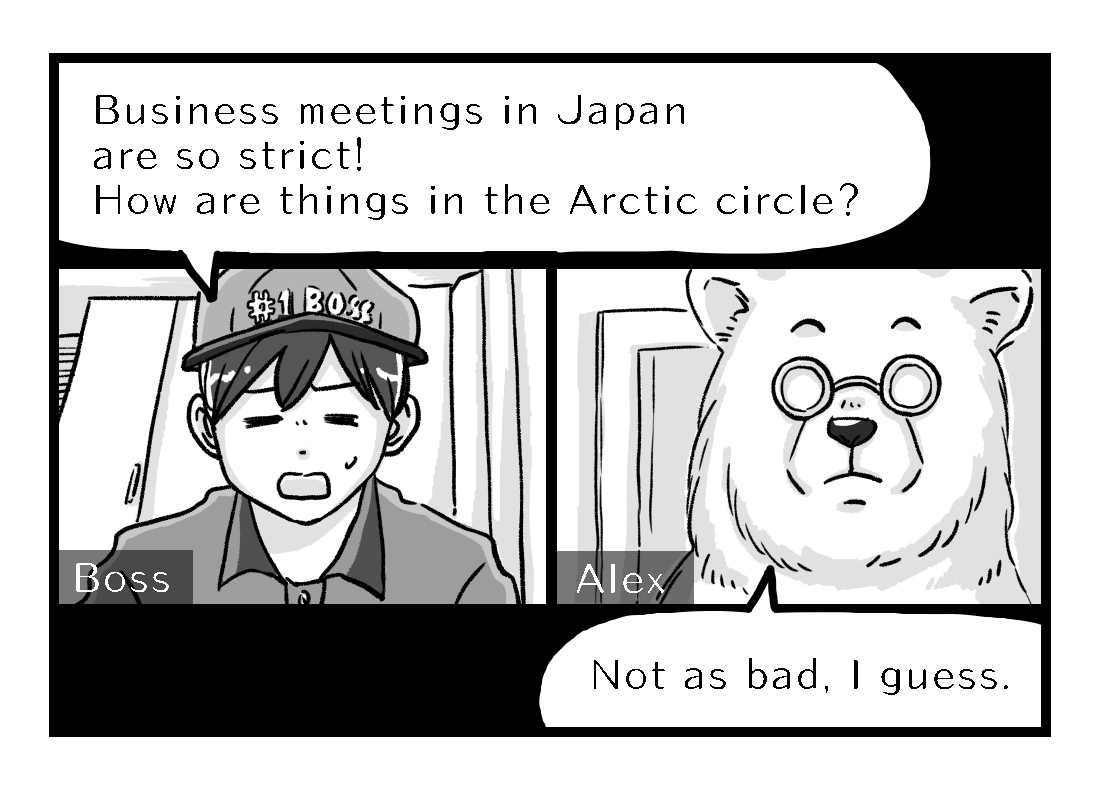 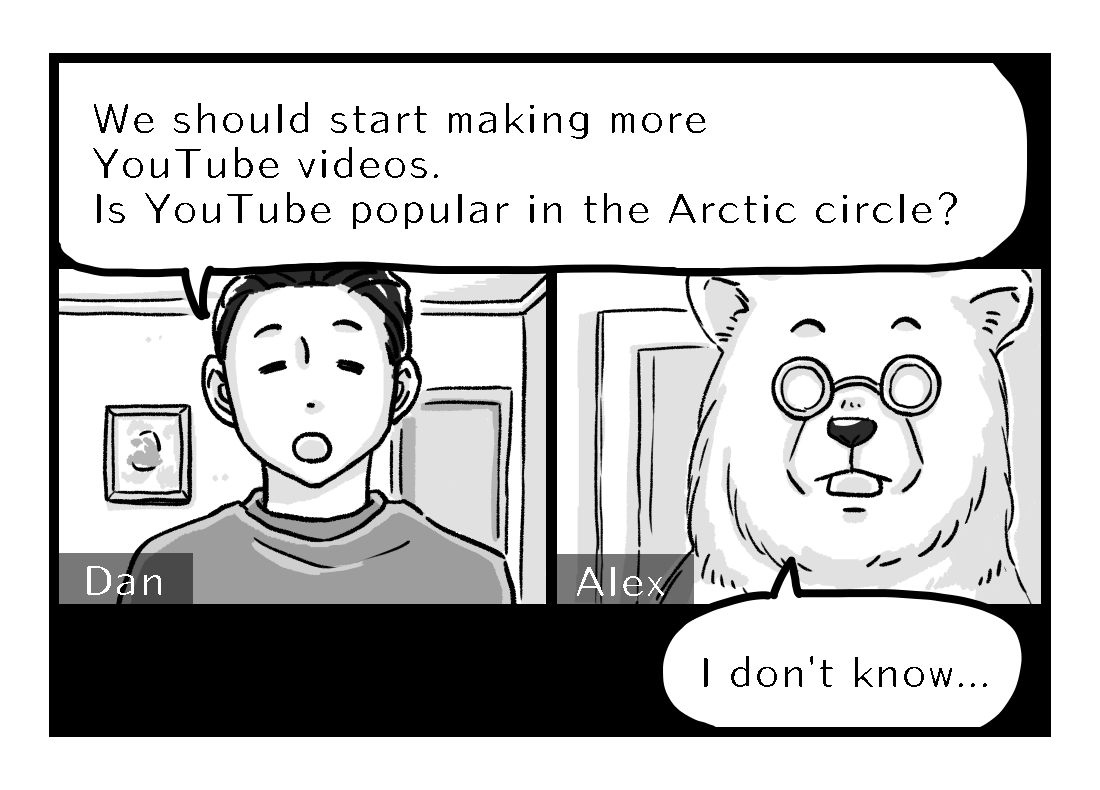 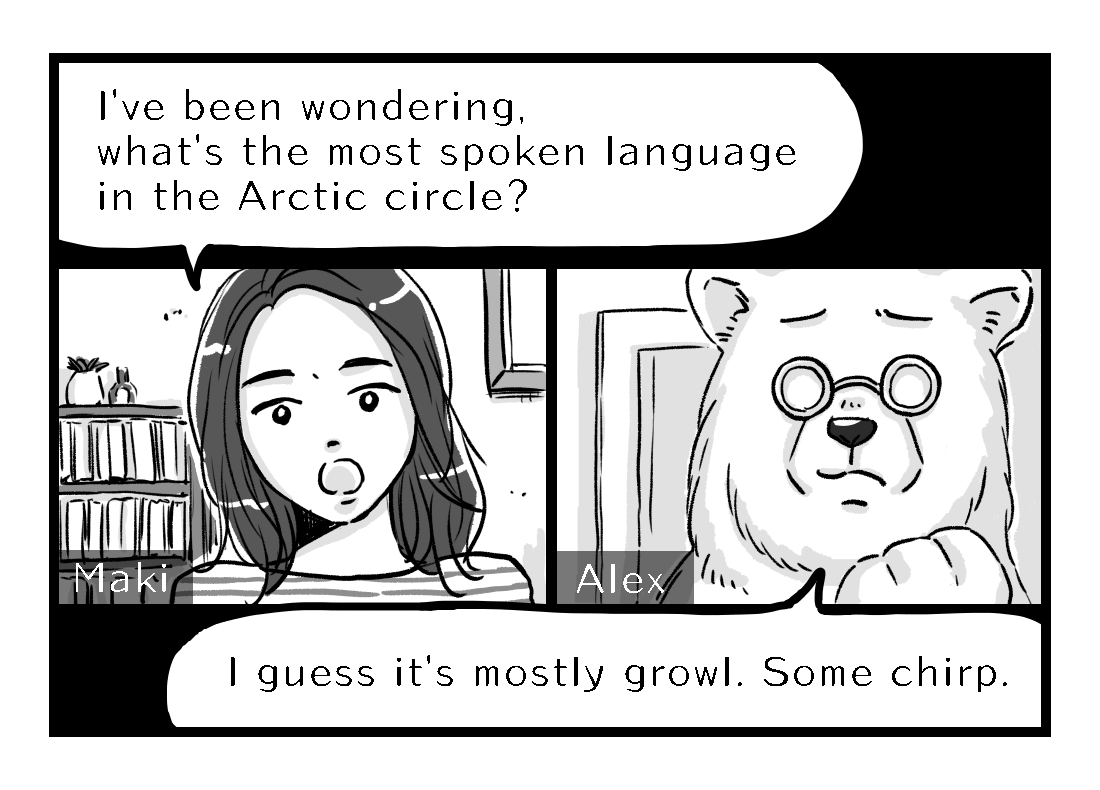 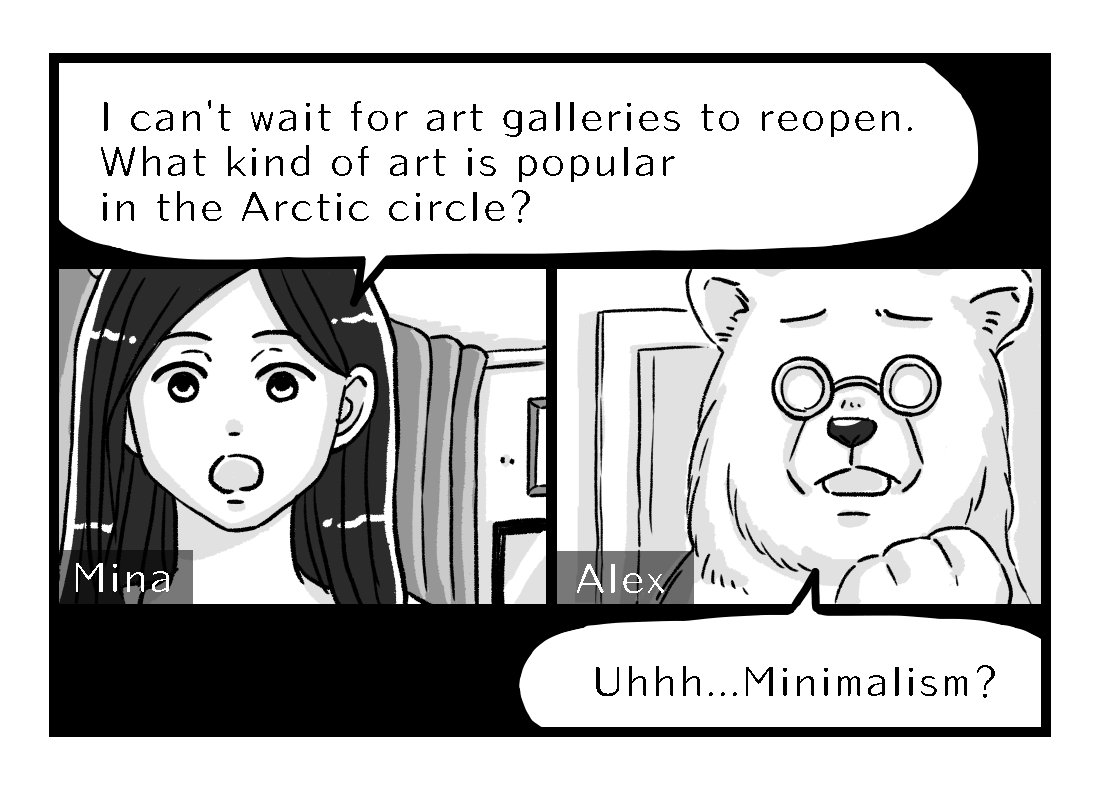 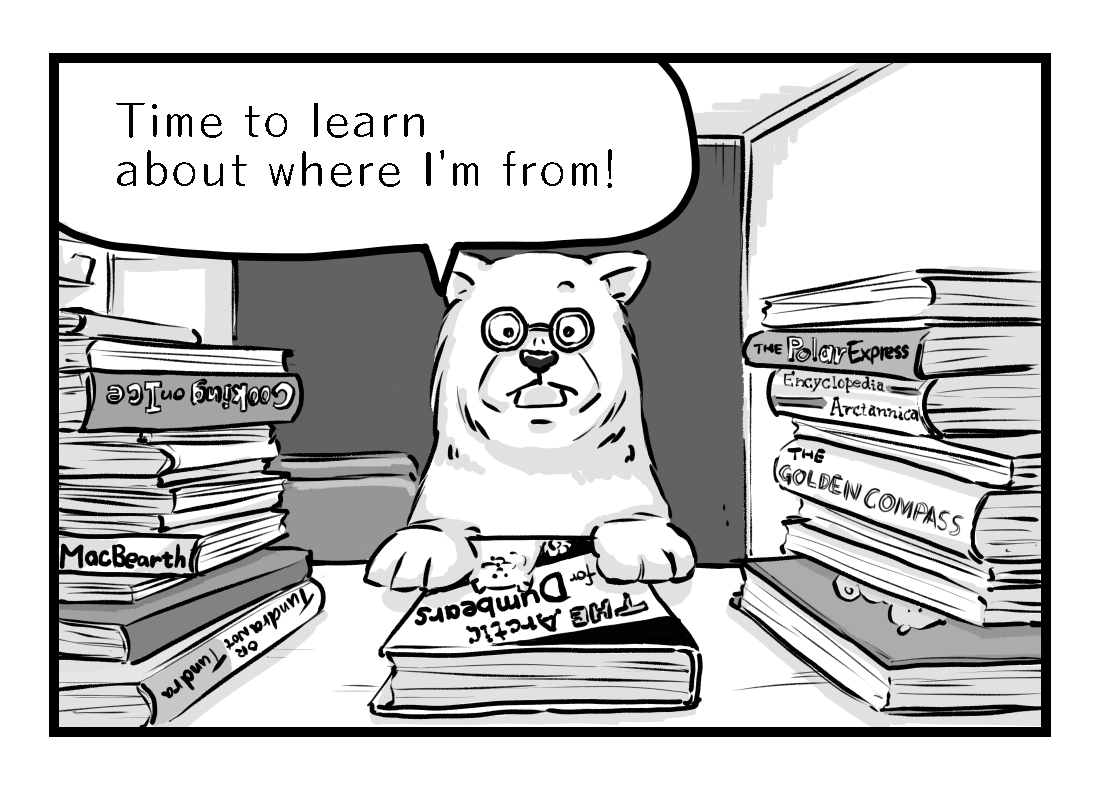 Alex
Moving abroad has taught me that I'm more interested in learning about other cultures than my own. Which puts me in an awkward position when asked about where I come from. I want be a vector for cultural exchange, but in order to do so, I need to first have enough culture to exchange. To think I used to never have to look up my own country on Wikipedia... 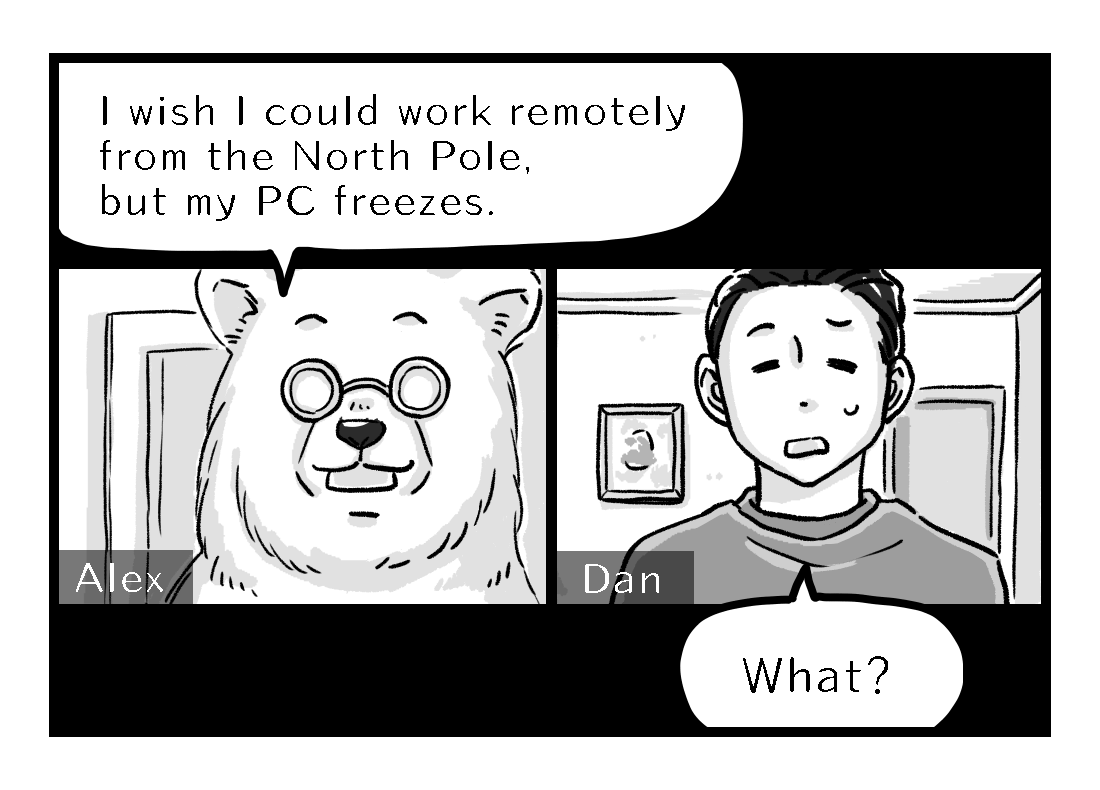 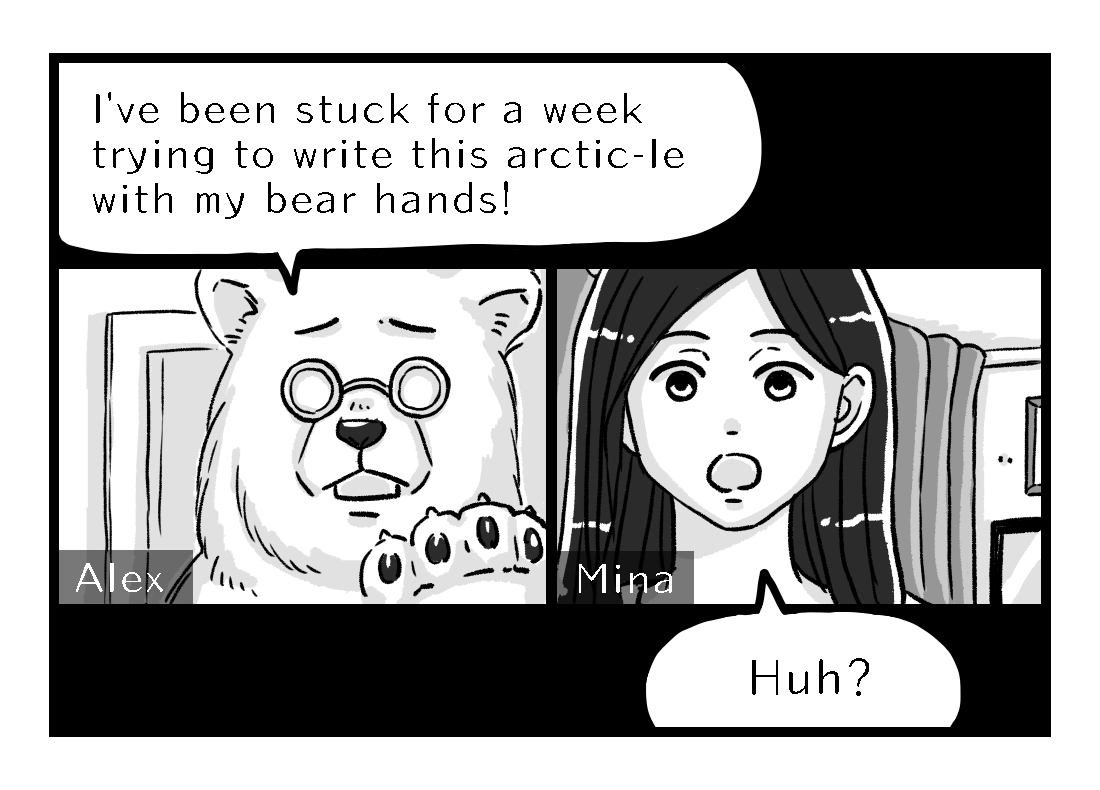 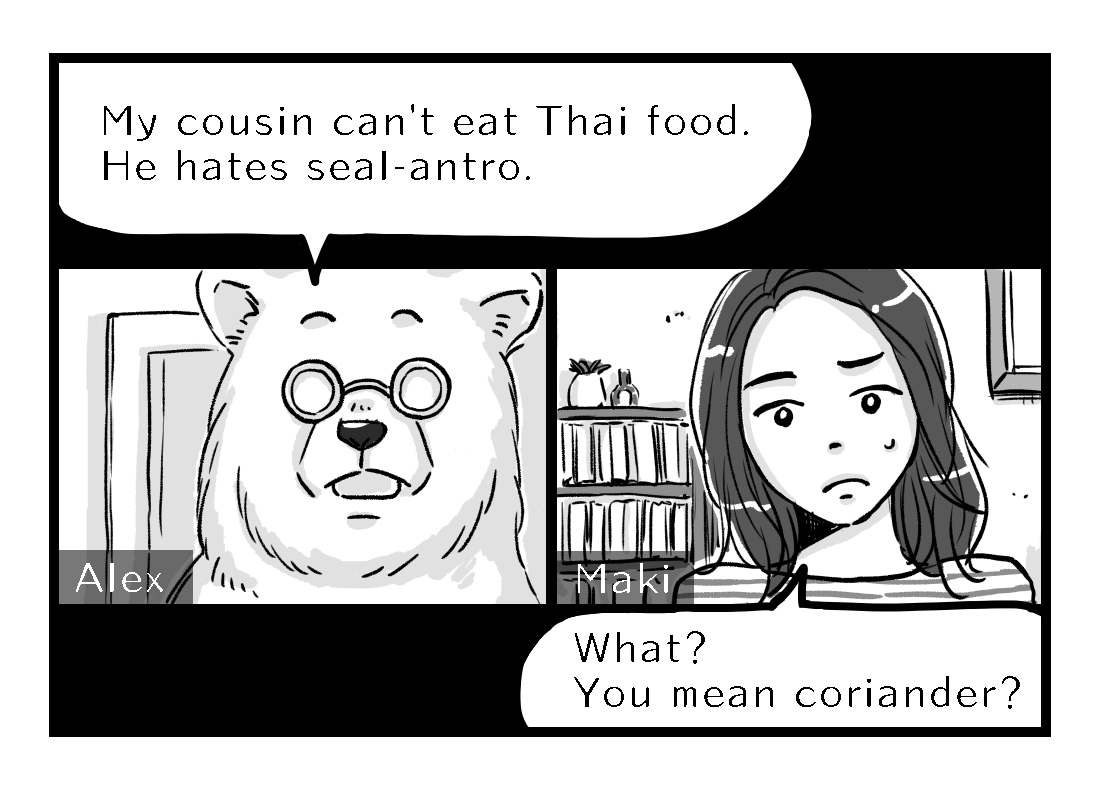 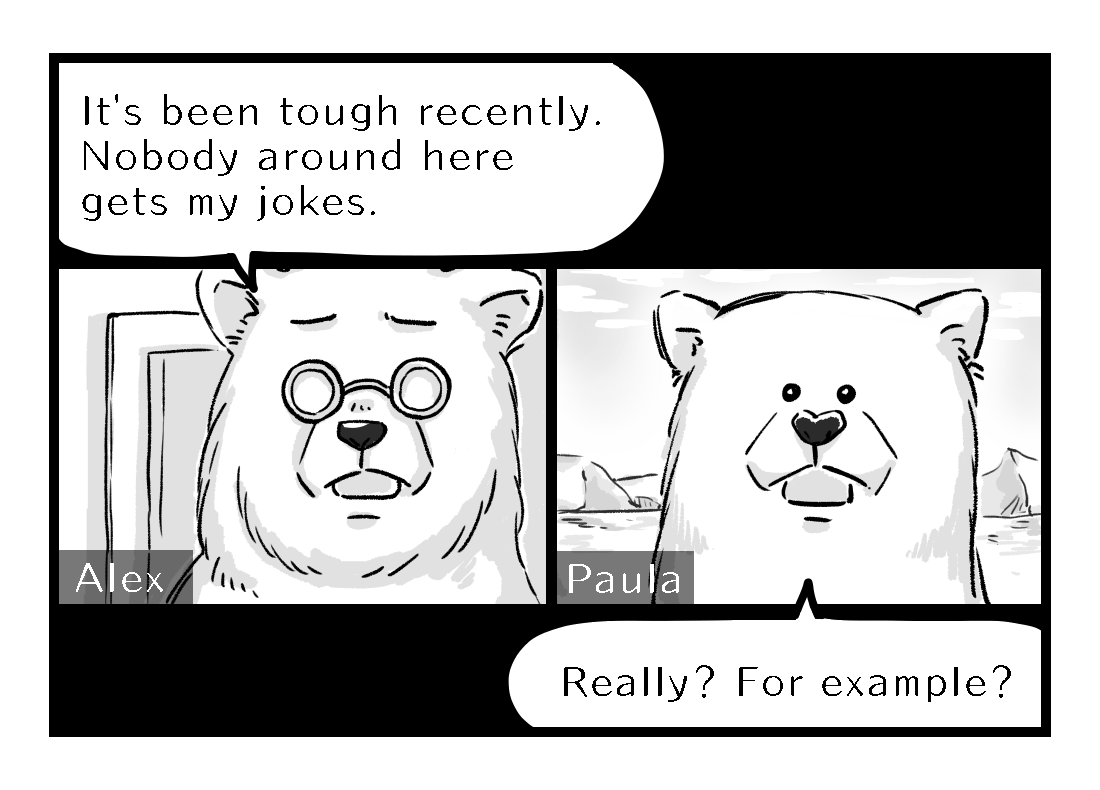 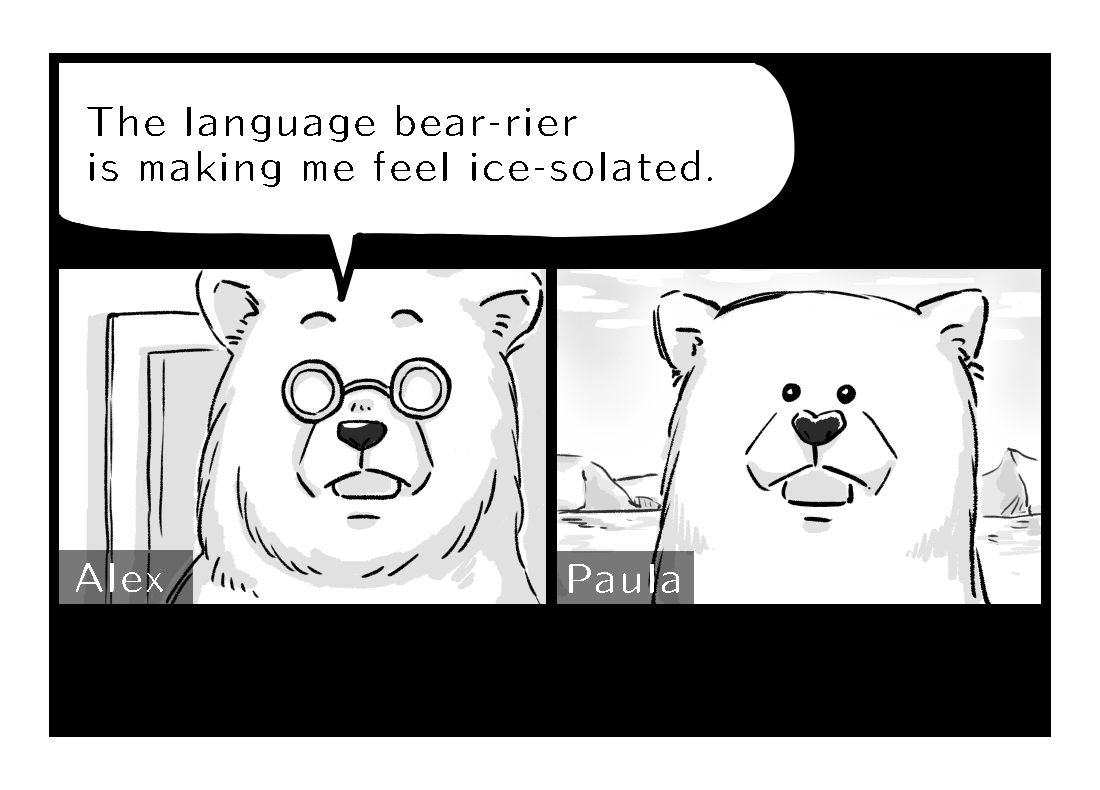 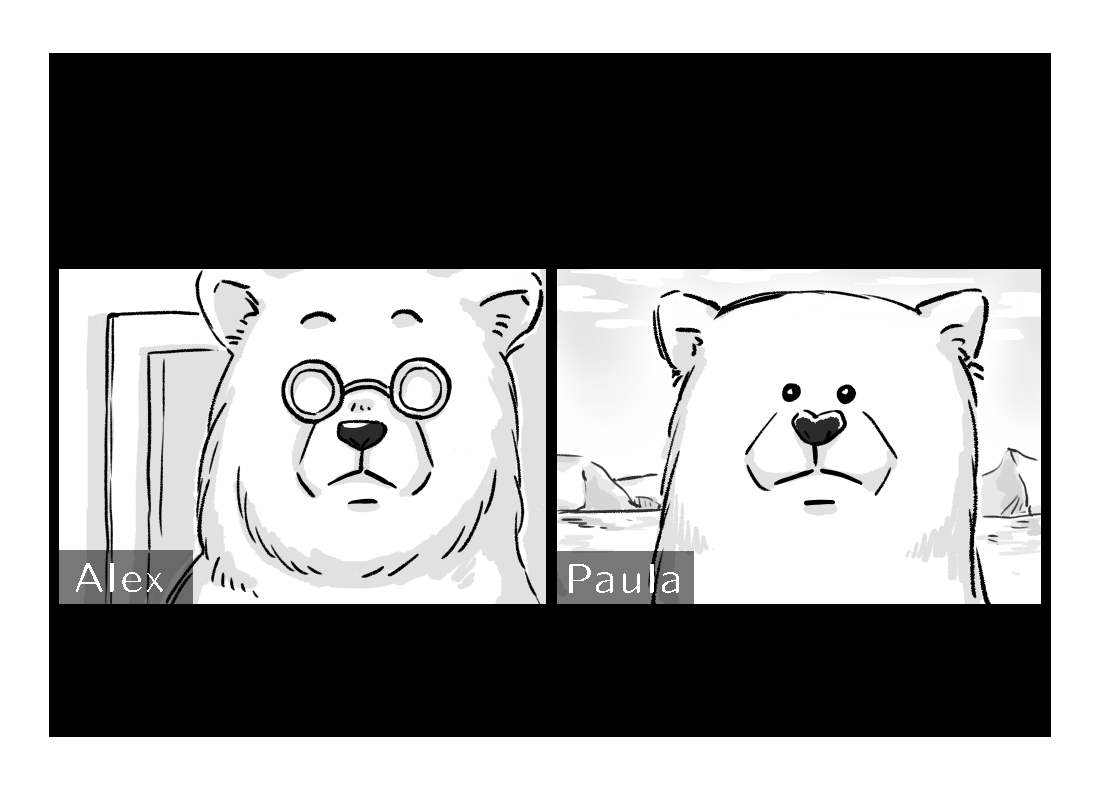 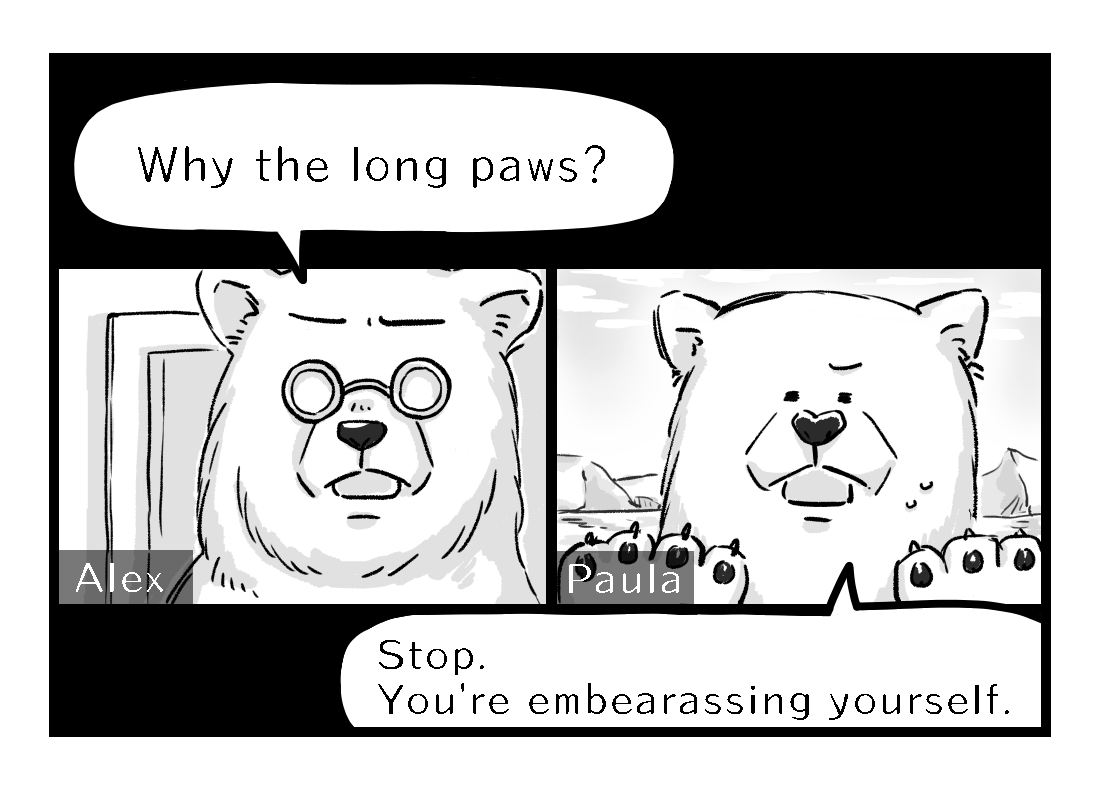 Alex
I learned the hard way that just because everybody laughs doesn't mean humor is universal. Different cultures appreciate different jokes in different ways. It takes time to adapt, which for me meant giving up on political or societal satire, failing at witty observations, and finally resorting to puns. I'm doing the best I can, but to those around me, it must look like I'm scraping the bottom of the bear-rel. Hehe.

July 30, 2020A Slow Return to an Unnatural Habitat―Polar Bear in an Office Chair (Episode 4)

May 20, 2020The Bear Necessities of Quarantine Life―Polar Bear in an Office Chair (Episode 3)